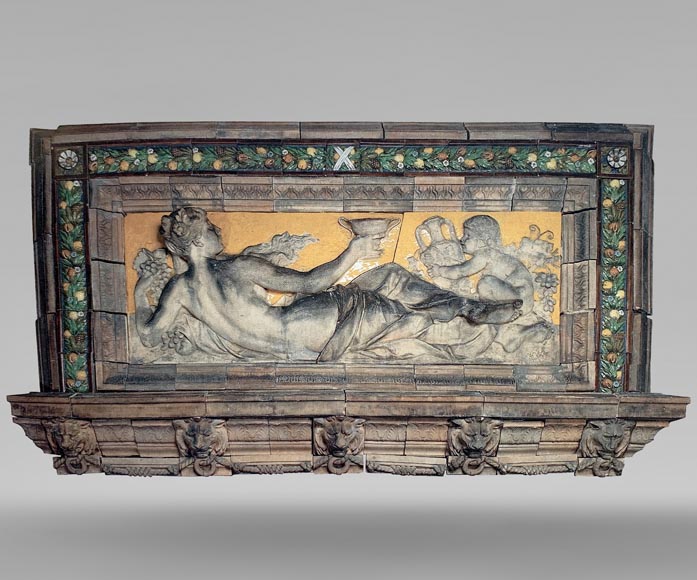 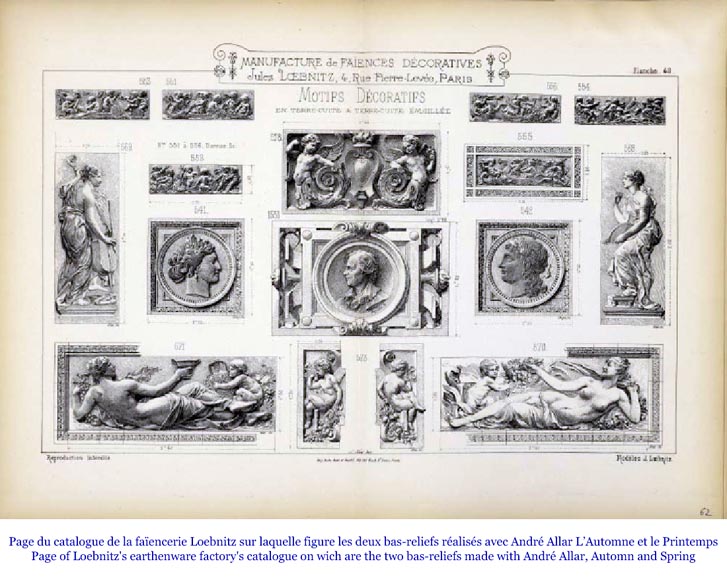 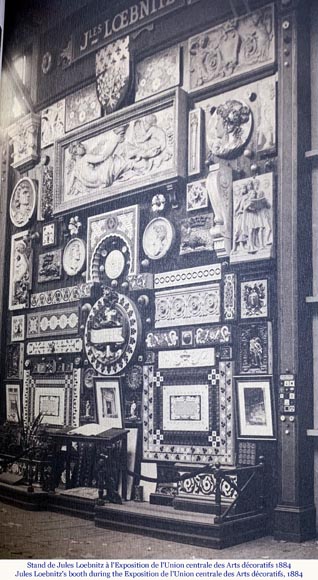 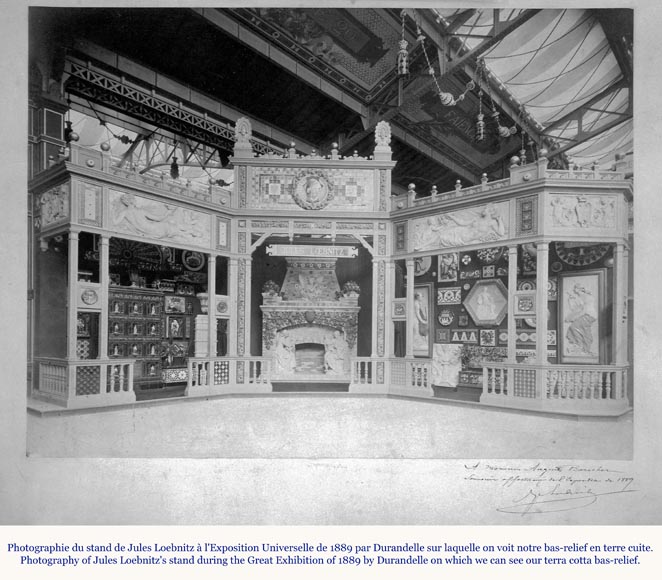 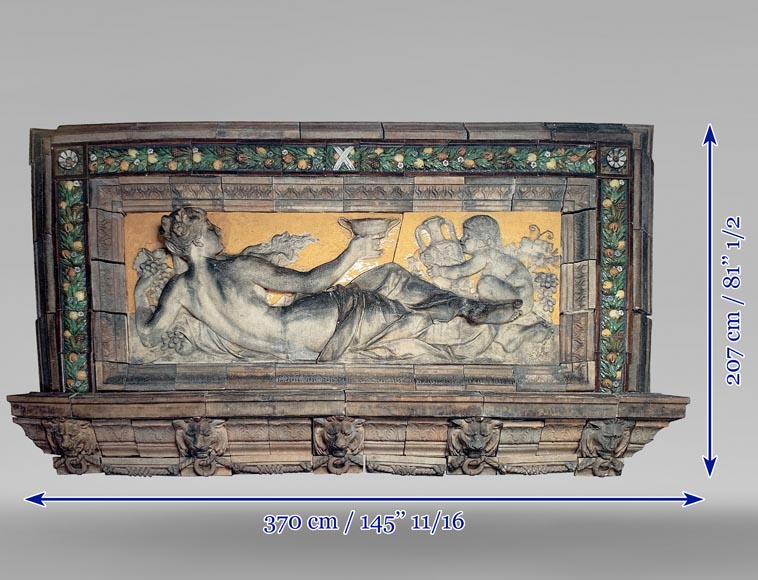 This important terra cotta and glazed clay bas-relief was made by Jules Loebnitz in collaboration with André Allar in 1884.
It was presented on the ceramicist's stand during several Parisian exhibitions, like the 1884 and 1887 years of the Union centrale des Arts Décoratifs Exhibition or the 1889 Parisian World’s Fair, as shown on photographic records. Each terra cotta element of the bas-relief bears on the back the signature « J. Loebnitz Paris».

The Pichenot-Loebnitz ceramic manufacture was created in 1833 by Mr Pichenot, Jules Loebnitz’s grandfather. The method of production of faience tiles resistant to chapping, originated by the Pichenot-Lœbnitz manufacture in 1841 and presented with success at the 1844 exhibition, allowed to solve the problem of the enamel’s chapping by changing the composition of the pottery itself rather than the one of the enamel. The Pichenot-Loebnitz manufacture was one of the first to take the path of architectural decorative earthenware, creating a rupture with the traditional production of white ordinary faience for wood-stoves. For example in 1849 the manufacture produced ceramic decorations, painted by Devers, to adorn the Saint-Leu-Taverny church. In 1857, Jules Loebnitz, artist as well as industrial, replaces his grandfather at the head of the business. Starting 1871, the ceramicist chose to produce architectural decoration, in particular because of his friend, the architect Paul Sédille (1836-1900). Between the two men, a true friendship was born, leading them to a close collaboration, professional as well as intellectual. Thus, during the 1878 World’s Fair, Paul Sédille designed the door of the Beaux-Arts Palace, while Jules Loebnitz was in charge of the ceramic decoration of the facade, in order to promote the revival of architectural polychromy. The shared dream of Sédille and Loebnitz can be translated as a will for a polychromatic architecture for Sédille, made possible by the architectural ceramic of Loebnitz. Loebnitz knew how to use an earthenware resistant to chap to create true pieces of architecture, now united to the building, which was therefore resistant to the outside thermal shocks. The architectural decorative ceramic was born.

On our bas-relief, Jules Loebnitz chose to reproduce the Allegory of Autumn from a model by the French Sculptor André Joseph Allar (1845-1926). Thus, it depicts, detaching herself from a yellow background, a woman laying on her left side, holding a cup in her right hand that she hands towards a cherub. This one is bringing to her an amphora, very likely filled with wine. Slightly dressed with a fold of fabric hiding her legs, she's holding in her other hand a grape, motif that we can also find nearby the cherub. The scene is richly adorned with a polychromatic garland composed of fruits, flowers and leaves. It lays on an entablature with five lion's heads holding a cordage and separated by an antique frieze of water leaves and flowers.

Allar was a French sculptor and designer born in Toulon, who’s interest into decorative arts have been constant during his career. In 1869, he receives the Prix de Rome and has the opportunity to be a resident in the Villa Médicis, where he dedicates himself to statuary. It is only when he got back to Marseilles in 1874, responding to the cabinetmaker Achille Blanqui’s demand, that he dived himself back into decorative arts. During this same time, he got to meet Paul Sédille , with who he associates himself to realise decorative pieces for World’s Fairs. In particular, there is the 1878 World’s Fair where he executes the capstone of the Ecole des Beaux-Arts’s door, which probably depicts Apollo’s chariot, divine protector of arts. The architect took the opportunity to present Allar to his friend the ceramicist Jules Loebnitz. Under their influences, Allar got to fulfil his aspirations and to produce some of his best works of art, mainly ceramics, and particularly architectural ceramics. The trio showed off his virtuosity with brio in 1884, at the eighth Union Centrale des Arts Décoratifs Exhibition. The architect designed the portico for the shopfront of Loebnitz’s stand, in the lintel of which both bas-reliefs of Autumn and Spring were inserted. On this stand, Loebnitz presented other works inspired by Allar’s models, as for example two vertical panels depicting Music and Painting, now owned by the museum of Rouen. When the ceramicist got ill, then died in 1895, both his friends Sédille and Allar got together for one last time to build his tombstone in the Père Lachaise Cemetery (cf. Biography). 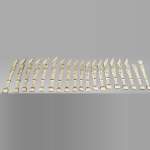 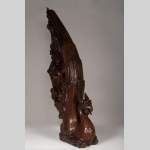 favorite_border New
Stair banister with griffin decor made out of mahogany circa 1910 (ref.2615) 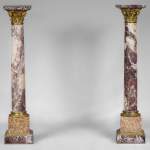 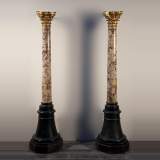 favorite_border New
Antique pair of columns made out of Breche Violette and carved and gilded wood (ref.9969) 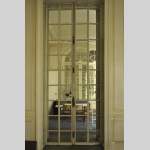 favorite_border New
Three pairs of interior shutters made of metal with mirrors (ref.11127) 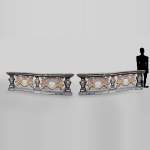 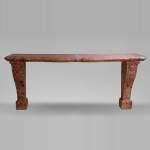 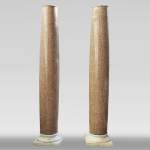 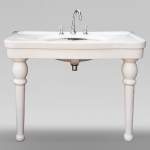 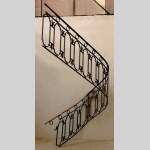 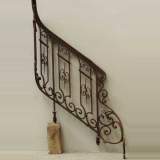