From a young age Émile Leysalle possessed both the facilities and sensitivity which enabled him to have a keen interest in all of the arts.  He became a sculptor, a master of statuary art, medal carver, and engraver through his French education. As well as his qualification from the School of Fine Arts in Paris, he is a painter, poet and plays the harmonium and the violin. After completing his apprenticeships with Mathurin Moreau and then Jean-Baptiste Carpeaux, he is recognised for his talented works exhibited during the World's Fair of 1867 .  A year later he presents a statue of the poet, Lamartine, during the Exhibition of Fine Arts in Paris.  After 7 years of military service, in 1875 he gets hold of a road map and is able to return home, however unable to find work during these difficult times in Paris, he leaves for Geneva. He becomes a professor of sculpture at the School of Industrial Arts in Geneva, Switzerland, where he lives for the next ten years.
During this time, Émile Leysalle gains wide recognition and praise as both a professor and a sculptor, reflected in the press at the time. He makes medals in the form of portrait medallions, for example the portrait medallion of Doctor Lanne in 1878, presented at an exhibition in 1875, the medal of Alphonse Poitevin cast in bronze commemorating the utilization of Motive powers of the Rhone in 1886, and the medal commemorating the Triumph of Universal Suffrage in 1892.

He made carved decors for different buildings in Geneva. For example, for the Ariana museum, he sculpted the portraits of Cervantès, Shakespeare, Gutenberg and Rousseau, in the form of bust sculptures which were then placed on the oval niches of the museum, these oval niches were built towards the end of the 19th century by Gustave Revilliod specifically for Leysalle’s collection. He also worked with other artists to create the facade for BFM, the former forces motrices factory built in Rhône between 1883 and 1892. The facade features a carved group of statues, Neptune who symbolises Rhône, surrounded by Cérès, goddess of the harvest, and Mercury, the God of trade. In 1880, for the Grand Theatre of Geneva, he drew the designs for the allegories of comedy and music, which were then made into sculptures by Iguel and Salmson. Around the same period, he made the sculptures of lions’ heads that decorate the monumental fireplace in the Grand Theatre of Geneva.

An article from the 23rd of June 1880 in the Tribune de Genève mentions his work, himself as an artist and his pupils :
"The report on the School of Industrial Arts shows that this school is in full swing. The training on sculping on both stone and wood, under the able leadership of Monsieur Leysalle, is an integral part of training and we can hope that the pupils will find practical techniques through this training, which will allow them to follow very lucrative careers.
Following the fire on the 9th December, which broke out in the chisseling classroom, this teaching had to be given in a more restricted space which only has the capacity of 20 pupils max. Orders are currently flying into the school, and independently of the monumental fireplace of the theatre in which the metallic decoration entirely came from the school, all sorts of different types of work for either public or private establishments, are being made by the pupils. This is a very satiifying sign of popularity within the general public for our cantonal institution."

Émile Leysalle became a member of the association of Vieux Grenadiers in 1883 and for this group he made a silver cup of 45 cm in height, and weighing three kilos. The cup features an enflamed grenade carried by three grenadiers, and is inscribed with the names of the members of the circle as well as their motto : Family, friendship, homeland. It was presented during the Universal Exhibition of Zurich in 1883.
In 1884 the sculptured group Les Naufragés is presented at an exhibition in Geneva and during this same year a group representing progress is cast in bronze which is in reality a representation of his work called time protecting the truth, a momument made out of bronze and 6 metres in height which is given as a gift to the town from the sculptor. This group statue was already presented during the exhibition of 1882 and received honorable mentions from the jury, here is the description :
The future : « The truth, armed with the mirror of Science, strikes at the evil which slithers across the earth ; she provides both universal union and freedom ; the time that discovers her protects her. »
The truth, naked, stands up, and holds in her left hand broken chains and a triangle, and, in her right hand, brandishing a radiating mirror, trampling on a dragon. Above, the time, an old man, holds in his right hand a great scythe, protecting it from his wings. The two figures are placed on a half-spheroid shape.
It is in 1886 during the exhibition of Decorative Arts in Geneva that he exhibits a group statue made out of terracotta, called The Golden Age. It is mentioned in the chronical of arts and curiosity as a « group in white marble with two naked figures, by Émile Leysalle » dated 1886 and entitled Les danseurs, it is a former name for the same piece of work. Two years later, he presents Daphnis and Chloé and Hesitation.
He decides in 1888 to resign from his job at the school of Industrial Arts so that he can return to Paris. He gets divorced in 1899 and leaves the country for Australia, where he once went to in 1892, he finds a job there and integrates himself within the French community in Australia.
His works, sculptures and medals, are kept today at French, Swiss and Australian museums. For example the runner playing with a dog presented at the exhibition of 1875 is kept today at the Museum of Lyon.  The National Gallery of Australia and the National Portrait Gallery are among some of the foreign institutions that hold Émile Leysalles work today. 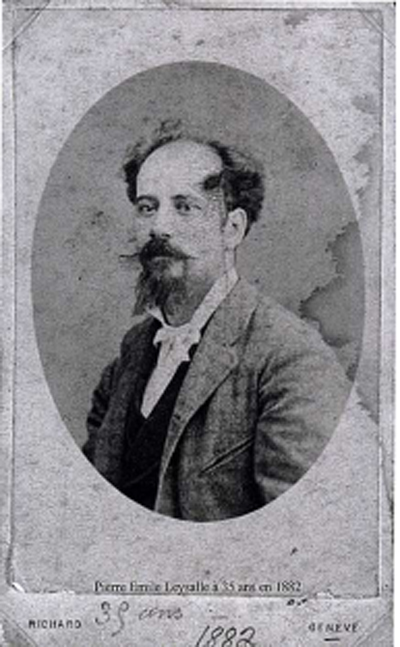 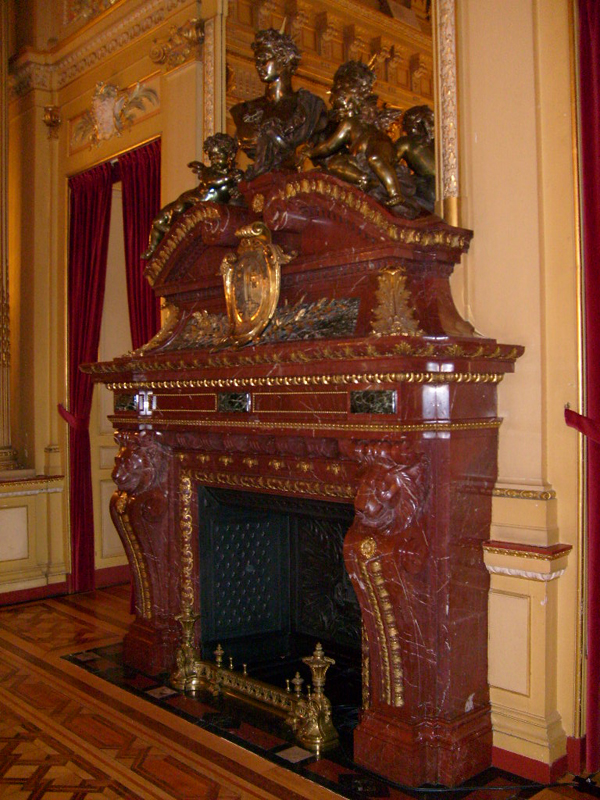 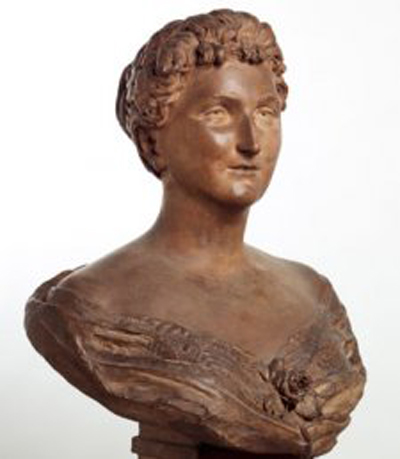