Period which lasted from 10th to 12th century.

The roman style started the Medieval period. It coincided with a development in Christianity, as well as the construction of the first large abbeys and elaborately carved cloisters. During the roman period France was divided into several large duchies and principalties, and the network of monastic orders was the backbone of the territory.

Roman art featured rounded and graphic shapes. Any human representation was not realistic, because God’s work, man, can not be imitated by art. This is why we see a lot of abstract shapes, animals and floral decoration in roman art. The period completely turned towards divine mystery and this mystical experience can be seen in monuments through features such as straight and pure lines, large quiet zones and the appearance of white light. 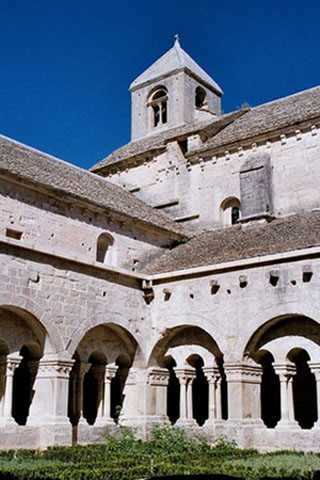 Cloister and Cistercian church of Sénanque, in Provence.

Cloister and Cistercian church of Sénanque, in Provence. 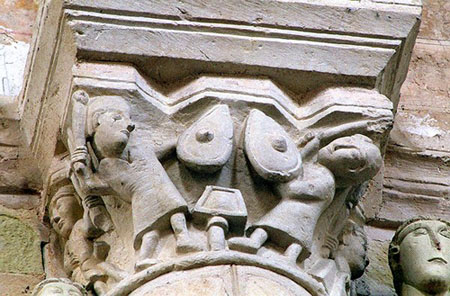 Carved capital of the Abbey church of Airvault in Deux- Sèvres.

Carved capital of the Abbey church of Airvault in Deux- Sèvres.