In the second century BC, white marble from Paros was already being carved and polished by the inhabitants of the Aegean sea to create the idols of their Cycladic culture. The Mycenaean civilization already used a copper blade saw inlaid with emery sand to cut marble.
Classical Greece (5th century BC) was the period when the great white marbles were the most quarried for use in sculptures and architecture.

The Romans conquered Greece in 146 BC and reopened the white marble quarries. They intensly exploited all the ressources of their empire, searching for ornamental stones, colorful marbles, Breches, Porphyras, to decorate Rome, including the  Breche from Skyros. This marble was intensely exported towards Rome during the 1rst century BC, as the archeological testimonies of the Augustan period confirm. Skyos marble was mentionned in the writings of Strabo and in the Edict of Maximum Diocletian(Edictum De Pretiis Rerum Venalium in Latin).
After the independance of 1836, Grecian Marble enabled the reopening of Roman quarries, in particular those where we found the green breche of Thessaly, the antique Red of Dimaristika and the Syros marble.

Syros marble is a very crystalline limestone with a breche-like aspect and veins of black mica (biotite) with an alignment of minerals.

Syros marble is very popular and sought after because of its decorative potential with hues ranging from white to yellow to pink. A beautiful example of this marble can be found in its use as an inlay in the superb Gregoriana chapel of Santa Maria Maggiore. 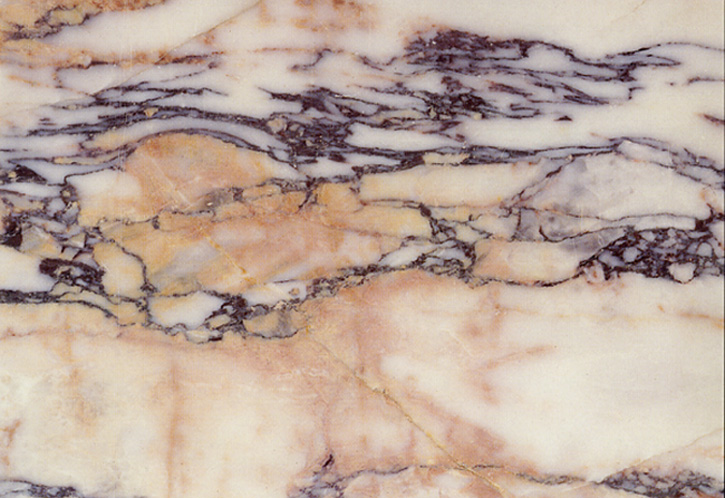 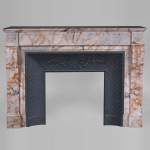