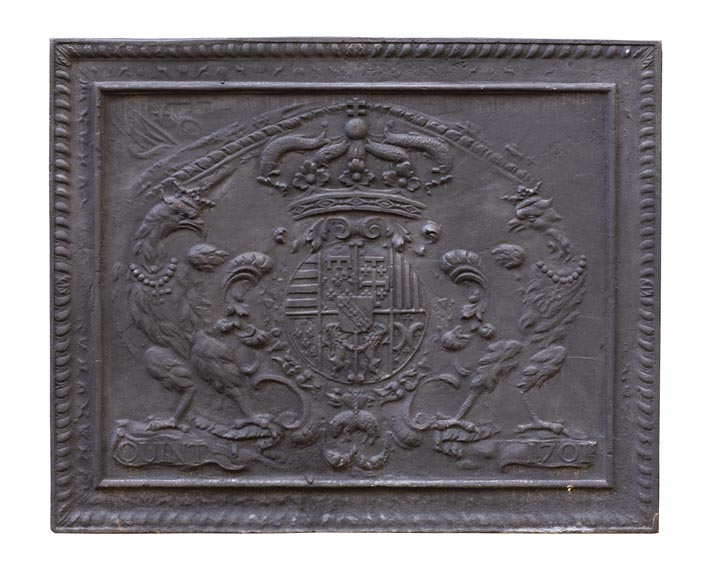 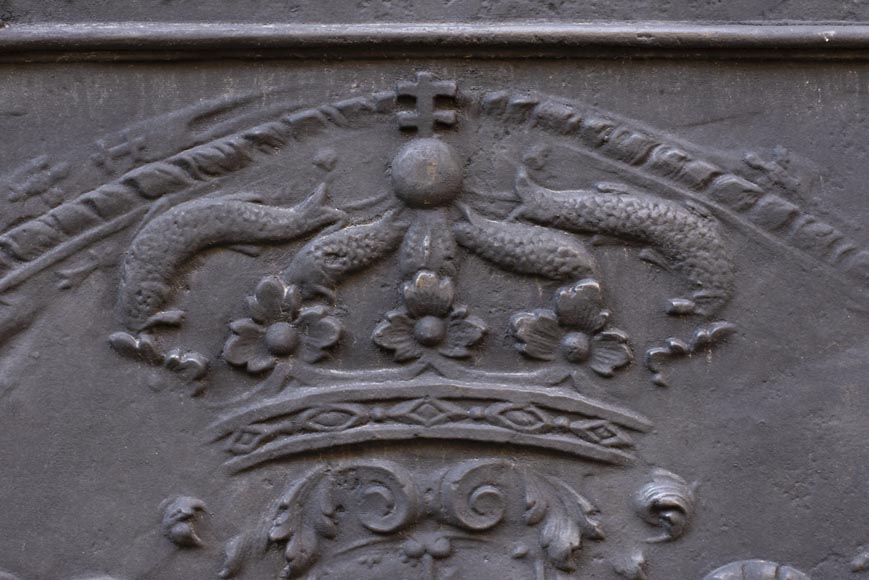 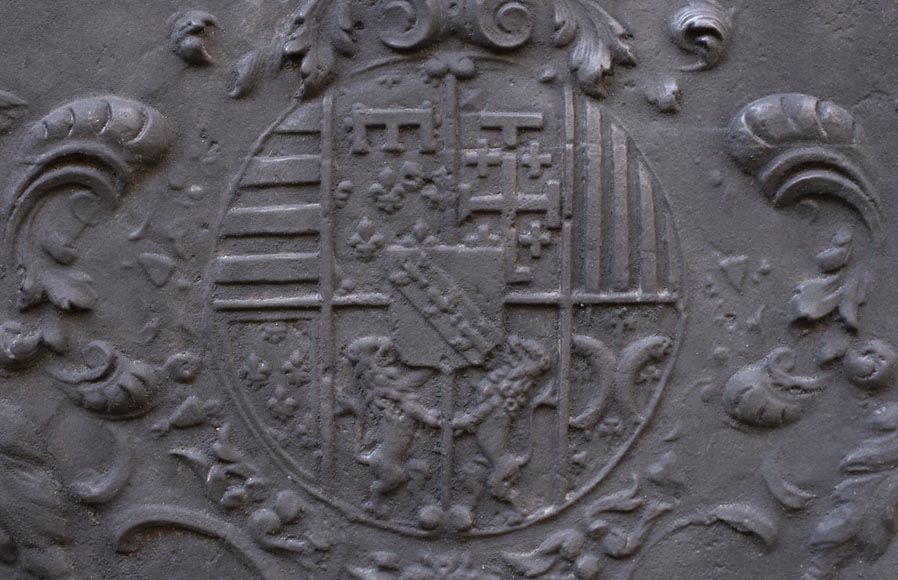 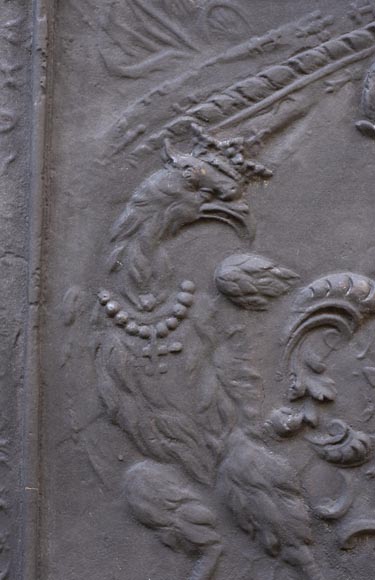 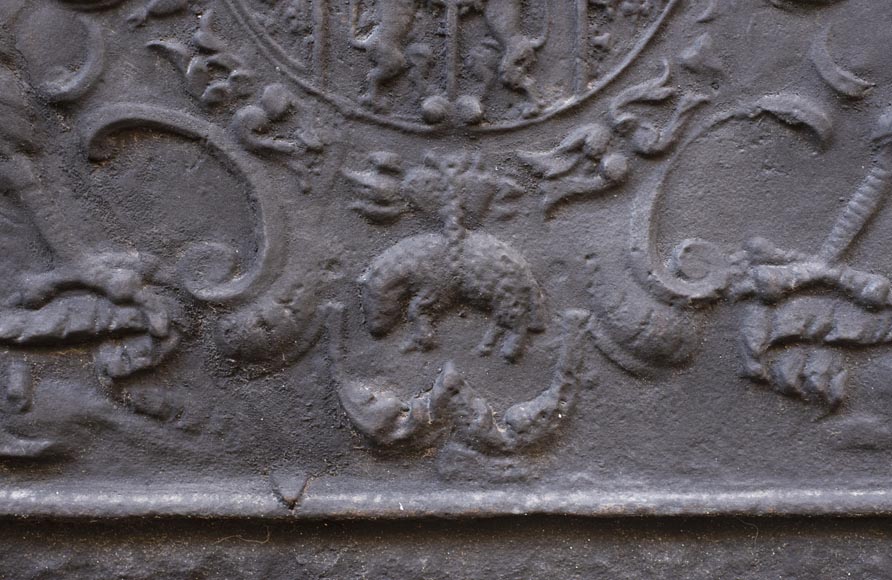 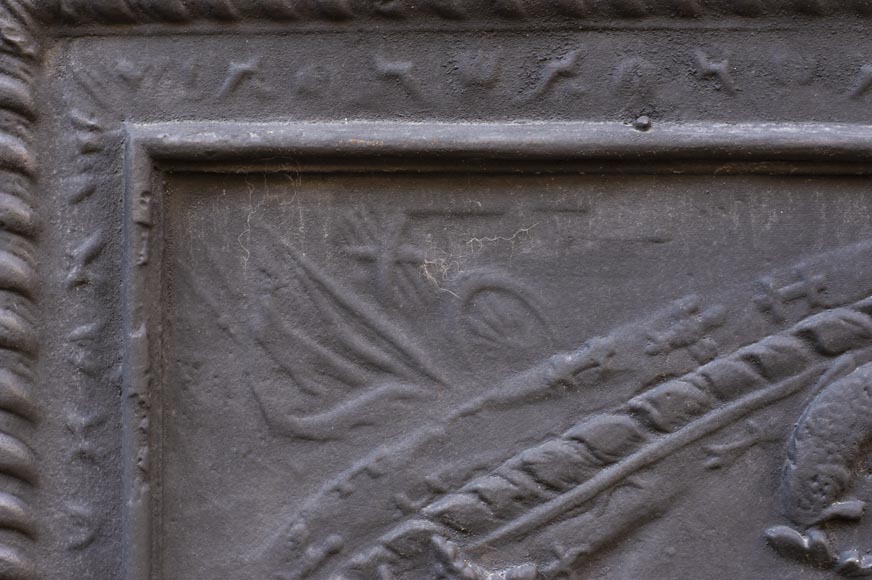 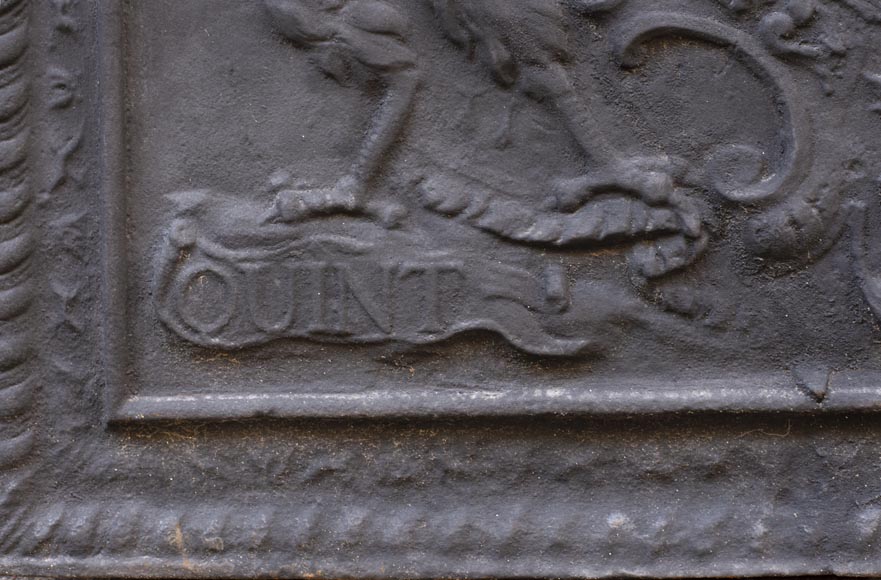 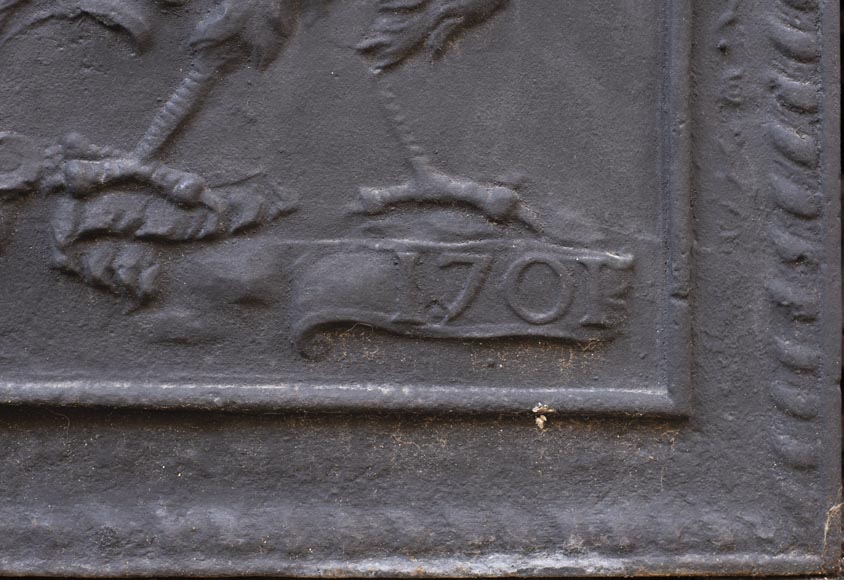 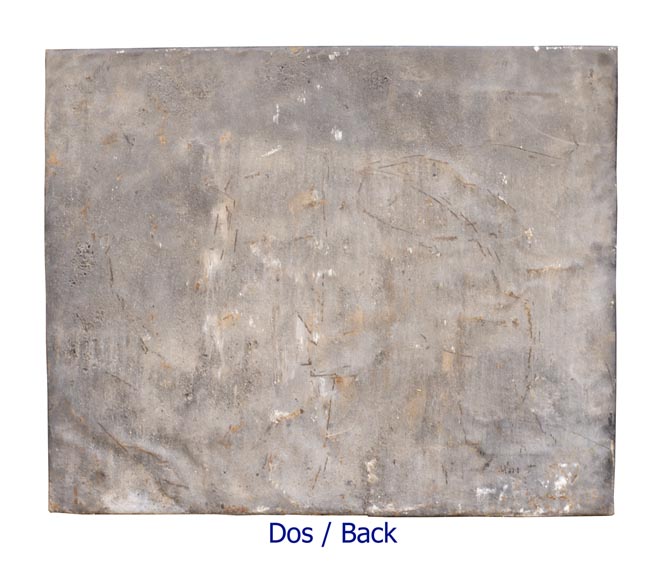 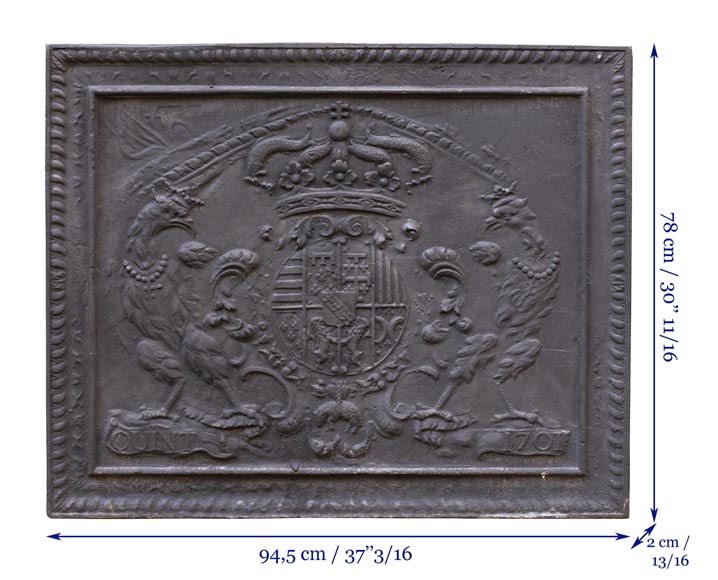 Very beautiful antique 18th century cast iron fireback with the coat of arms of Leopold, Duke of Lorraine.
The arms reveal the different titles of Leopold I: King of Jerusalem, of Hungary and Aragon, Duke of Anjou, of Bar, of Gueldre and Juliers. More precisely from left to right and top to bottom: arms of Hungary; fleur de lys of Naples, Cross of the Kings of Jerusalem, arms of Anjou, of the house of Alsace (in the center), gold fleur de lys of Anjou, the lions of Gueldre and Juliers and finally the arms of the Duke of Bar. Below the coat of arms, the necklace of the order of the Golden Fleece.
Joseph I (1679-Inspruck; 1729-Luneville), duke of Lorraine and of Bar, was the son of Charles V, duke of Lorraine and of Eleanor Marie Joseph of Austria, archduchess of Austria, Queen Dowager of Poland. Leopold I was a protector of the arts and sciences and loved justice. To ensure his grandson’s succession to the thrown of Spain, Louis XIV was ready to make some concessions and accepted among other things to consider restoring the dukedom of Lorraine and of Bar. The Treaty of Ryswick, ratified December 13, 1697, finally gave the dukedoms of Lorraine and Bar to Leopold for, which his mother had fought at length. He set about rebuilding these states to erase the destructions of 75 years of war and occupation. In 1702, at the beginning of the war of the Spanish succession, Louis XIV occupied the town of Nancy again. To avoid witnessing the occupation, Leopold built the Chateau of Luneville that was known as the “Versailles of Lorraine”. In 1729, at the age of 49, while on a hunt, Leopold fell into a ditch, caught cold and died a few days later, much mourned by his subjects, because of the difficult relationship between France and Lorraine that endangered the independence of the Dukedom. Leopold married Elisabeth Charlotte of Orleans in 1698, daughter of Monsieur, brother of Louis XIV, with whom he had 13 children, one of which was Francois Etienne, duke of Lorraine, who became Grand Duke of Tuscany and Francis I Holy Roman Emperor. a similar fireback can be found in “Plaques de cheminées” Paris, 1967, page 408, by Henri Carpentier. 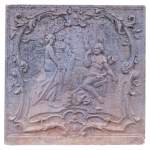 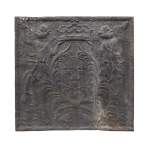 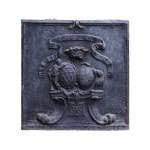 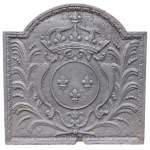 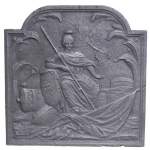 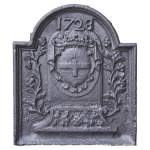 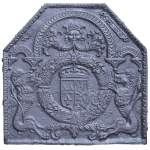 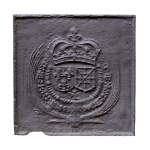 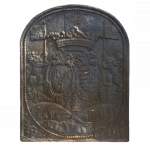 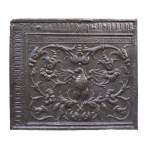 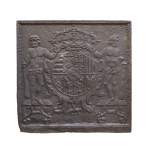 favorite_border New
18th century fireback with the coat of arms of Leopold I Duke of Lorraine (ref.11718) 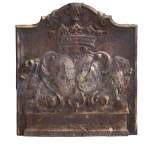