This large firescreen 's decoration is a fine example of the "Linke style" gilt bronze , revisiting the Regence style and the Louis XV style during the Art Nouveau era. A famous cabinetmaker, François Linke has joined forces with a leading specialist in fireplace accessories, the Maison Bouhon Frères . We have thus here the meeting of two artists who were celebrated separately at the 1900 World's Fair.

Cabinetmaker of Czech origin, François Linke (1855-1946) was revealed at the  1900 World’s Fair for his extremely lavish furniture and was subsequently the most prominent French furniture manufacturer until 1940 approximatively. His shop opened in 1881 was visited by several rulers and personalities from all over the world, so that at the beginning of the 20th century, the King of Egypt Fouad I purchased a furniture ensemble for his Palace of Alexandria, which only equivalent would be Louis XIV’s furnishing for Versailles Palace .

In 1885 he worked with the sculptor Léon Messagé to renew the Louis XV style and the Regence style. Léon Messagé draws many pieces with espagnolettes, of which we have here a fine example. He also uses around 1900 the motif of corn ear coated on a shell, as on the "shell" Chest of drawer sent to the 1900 World’s Fair. Messagé died in 1901, but we find this shell on a table presented to the Exhibition of the industries and furniture of Paris in 1902 and then at the 1905 World’s fair in Liège, for all of Messagé’s models were acquired by Linke. The attributes of love in the center of the firescreen: the lovers doves, the Cupid's quiver, are here covered with foliage and finely chiseled flowers, with a precision also characteristic of Messagé. Our object signed Linke has thus everything of a Léon Messagé model around 1900.

Since many private customers commissioned François Linke to furnish entire rooms, such as Elias Meyer in 1909, Linke may have had to solicit his colleagues for pieces that did not belong to cabinetmaking, such as this firescreen co-signed by Maison Bouhon Frères.

Formerly Maison Clavier, and then Bouhon et Cie until 1898, the Maison Bouhon Frères is a specialist in fireplaces and their accessories in bronze and wrought iron. The brothers Thomas and Joseph Bouhon hold a renowned boutique in the Marais district of Paris, and they are called several times to be part of the exhibitions’ jury. According to Victor Champier, critic of the World's Fairs :

"The furnishings of fireplaces, andirons, etc., have always provided the bronze industry with the motifs that earned its most striking successes ... At this time it is the Maison Bouhon that maintains with the most constancy and success our old French reputation in this specialty. "

The Maison Bouhon Frères is thus congratulated at the 1900 World’s Fair by the international jury for these "completely new" firescreens and andirons. It received the gold medal, just as it had received it at the  1897 World’s Fair in Brussels.

Follow this link to read our blog post dedicated to this exceptional fire screen by LINKE and BOUHON.

An identical firescreen attributed to François Linke and Bouhon Frères was sold at Christie's for 16,255 euros. 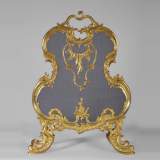 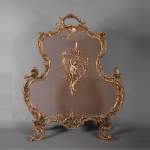 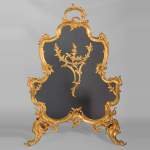 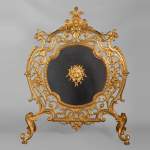 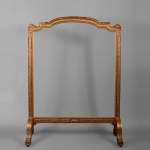 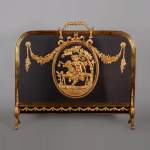 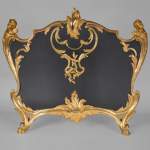 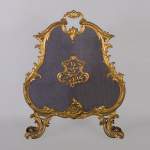 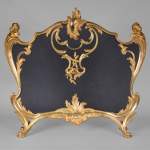 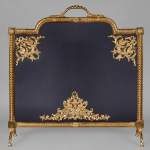 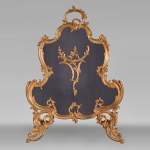 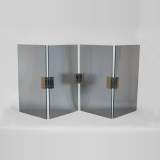