Origin:
Second half of 20th century, France. Seal of the founder : « Cire perdue/C. VaLsuani /Paris ».
Stone bases are from the 19th c.

Status:
Very good condition. Aged patina. The sculptures are not pierced as fountain but may be on request.
Accident on one stone base.

Two Tritons, with swollen cheeks and muscular body, are sounding a conch shell. These two magnificent sculptures were created in the second half of the XXth century in bronze with green patina from a study by Annibale Carracci for the Palazzo Farnese in Rome dated circa 1597-1602 and exhibited at the Metropolitan Museum of Art. There is the seal of the founder: " Cire perdue/C. VaLsuani /Paris ".

A model inspired by a study by Annibale Carracci for the Palazzo Farnese:
The two tritons were made from the drawing by Annibale Carrache "Triton sounding a conch shell". We can see a similar triton on the right in the renown fresco "Sea Triumph" executed on the ceiling of the Palazzo Farnese’s gallery from 1597 : the triton has the same posture, but he is represented from another angle.
Although Annibale Carracci has created most of the robust figures on the frescoes of the Farnese Gallery - nearly ninety of his drawings for it are extant and declines different postures - this fresco is not the work of Annibale, but the one of his brother, Agostino Carracci, and it is admitted that Annibale intervened in this work, including for this triton blowing a conch.
The theme of this fresco is vague but is traditionally identified as a representation of the triumph of Galatea. The two artists also seem to have designed this monumental work bearing in mind the famous Raphael fresco "The Triumph of Galatea" made in 1513 for Villa Farnesina in Rome.

A model from the French 17th century :
The extreme quality of these statues, the modelling of the flesh and muscles and the careful details, undoubtedly bring them close to the 17th century art of the Palace of Versailles .
Currently exhibited at the Toledo Museum of Art (Ohio, USA), a statue from the same model as the Triton was made around 1700 in lead. Its provenance is prestigious: coming from the Paris collection of Edmond de Rothschild, this statue was subsequently bought by the great New York antique dealer, Wildenstein & Co, specialised in 18th century French painting and sculpture. In 1973, the Triton joined the collections of the Toledo museum, bestowed as a gift from Mr. and Mrs. Edward H. Alexander.
Knowledge of the Toledo statue proves the pre-existence of a model inspired by Carracci dating around the late 17th century, most certainly coming from French royal collections. Indeed, these models are firmly fixed in a period which is that of the creation of large sculptures and fountains in the garden of the Palace of Versailles , where the first decor in lead was created between 1666 and 1672.
The Tritons of the Apollo fountain, with their protruding muscles, are sounding hard a conch shell and thus they seem to have strongly inspired the creation of the model of our Triton. As much of the first decor in lead in the Versailles gardens disappeared as of 1674, including the sculptures of the Grotto of Thetis, precise knowledge of them is yet to be discovered.


The Valsuani Foundry:
The Valsuani Foundry is a bronze French art foundry located in Chevreuse (in the Parisian area). Created in 1899 in Châtillon (near Paris) by Claude Valsuani, the foundry settled in 1905 at 74 rue des Plantes in Paris. Valsuani quickly acquires a certain notoriety thanks to its technical mastery and the excellence of his lost-wax casting production. He is especially noted for the beauty of its patinas, one of which, the most famous, is called "Black Valsuani".
When he died, his son Marcel took over the family business before selling it to a Swiss company. In 1980, the sculptor Leonardo Benatov, who had smelted his first bronzes at the Valsuani Foundry, bought the seal and transferred the foundry to Chevreuse with the aim of perpetuating the savoir-faire of the original foundry while staying on the cutting edge of technology.
Renowned for the quality of these lost-wax casting productions, the Valsuani Foundry has worked with many great artists including Rodin, Bourdelle, Renoir, Picasso, Matisse, Degas, Gauguin, Pompon, Carpeaux, Daumier and Dalí. 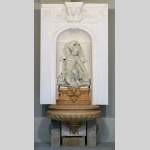 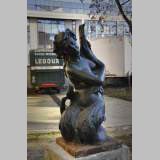 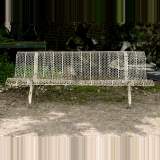 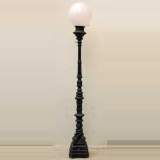 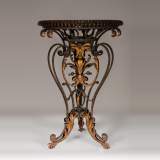 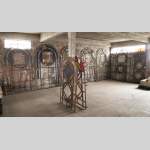 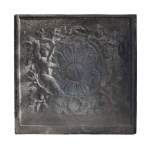 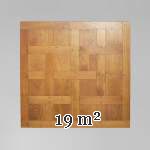 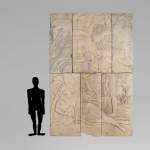 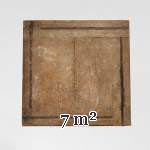 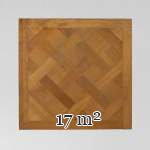 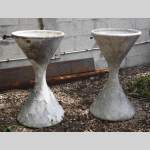