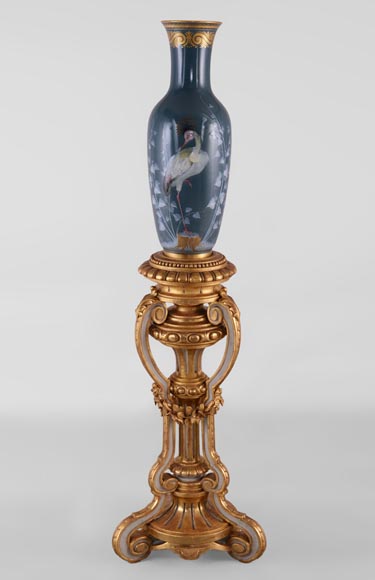 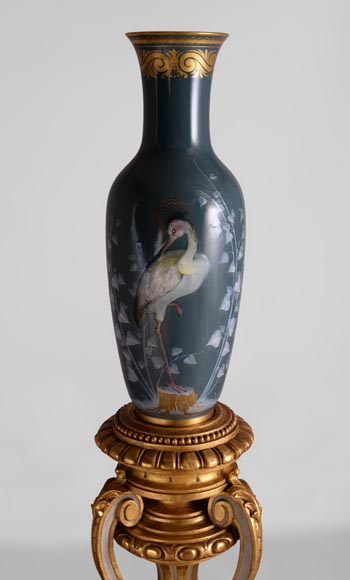 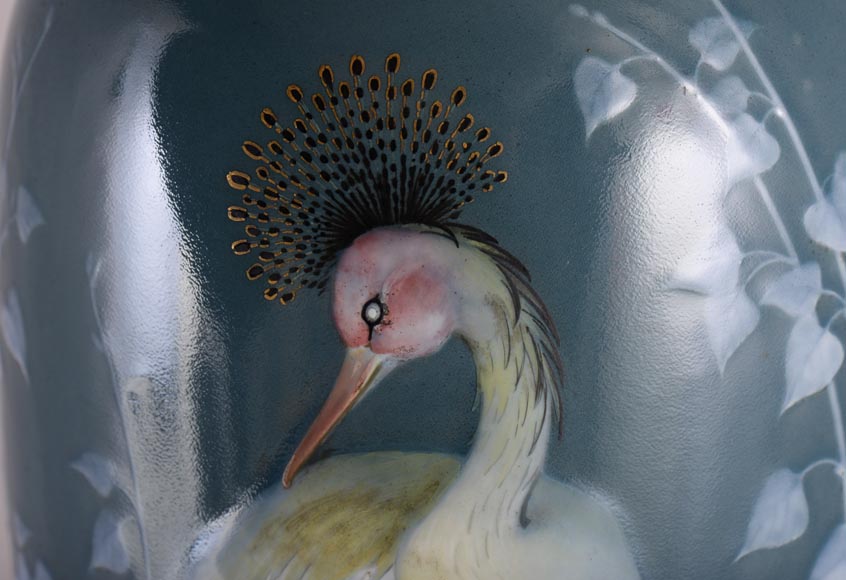 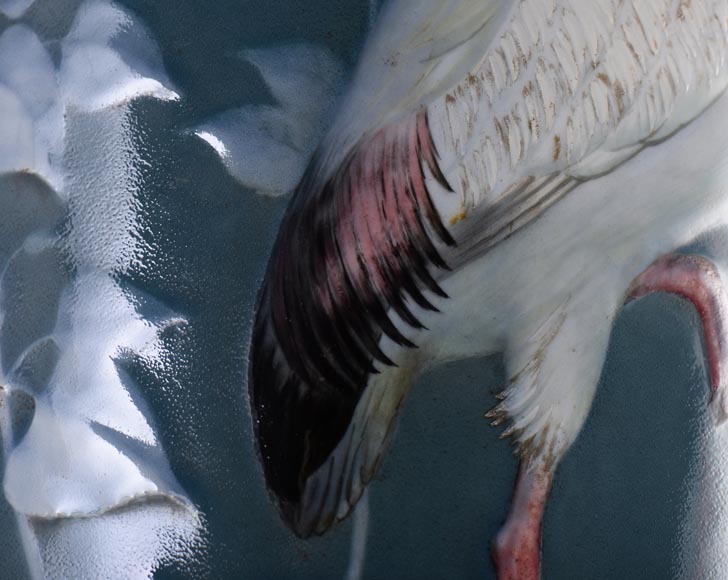 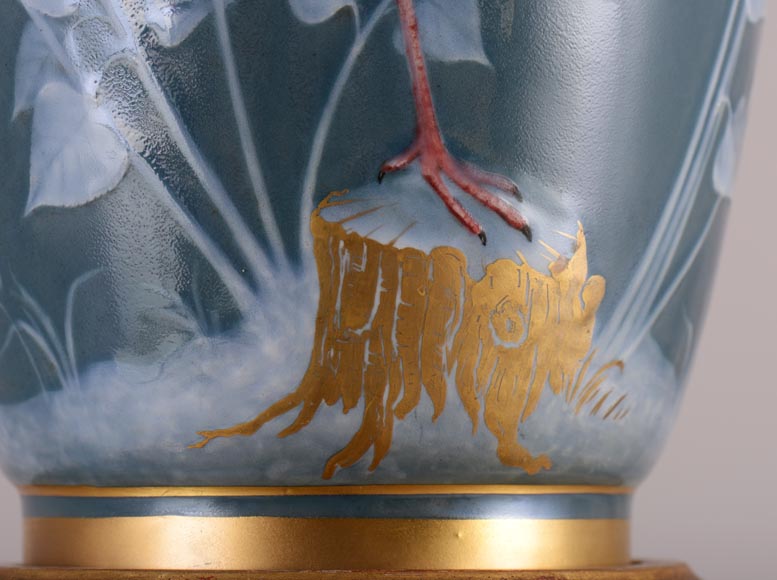 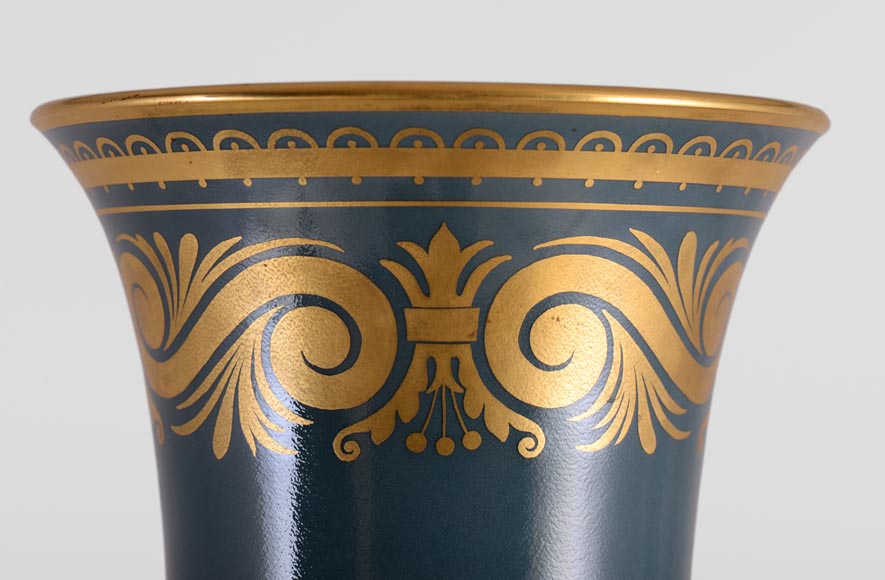 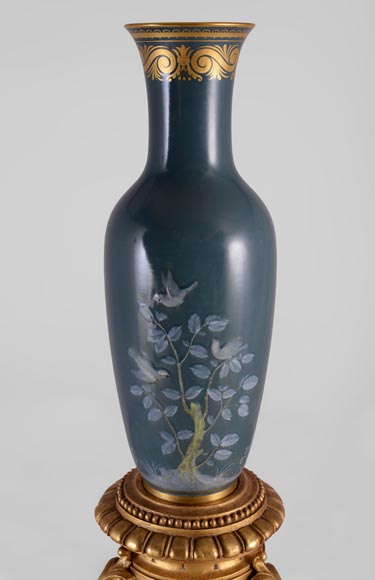 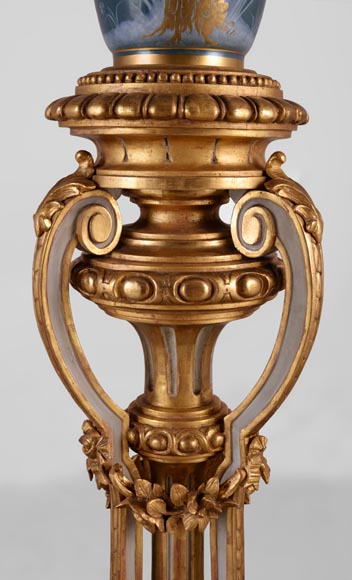 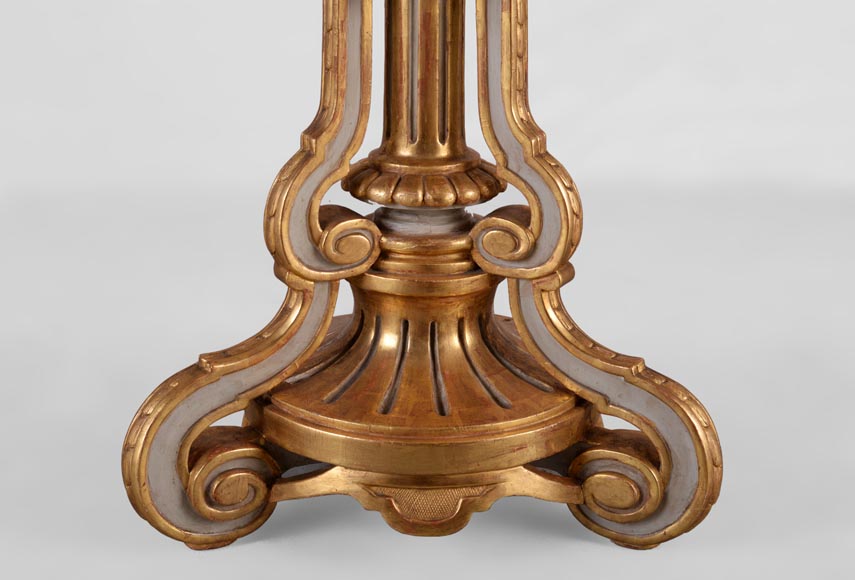 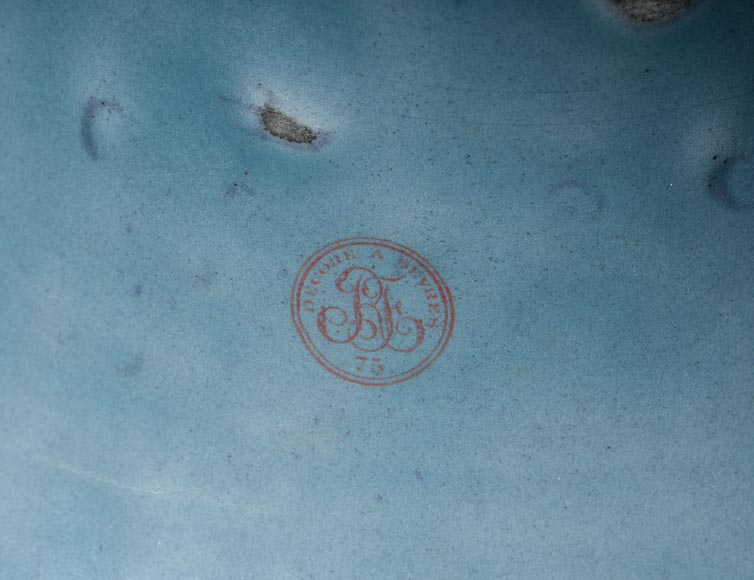 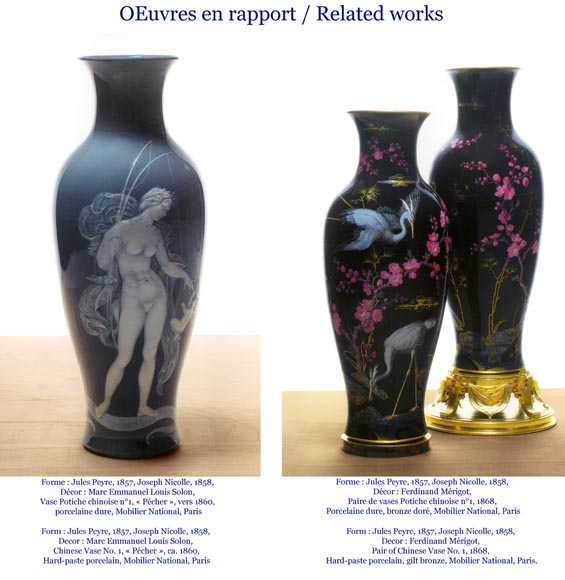 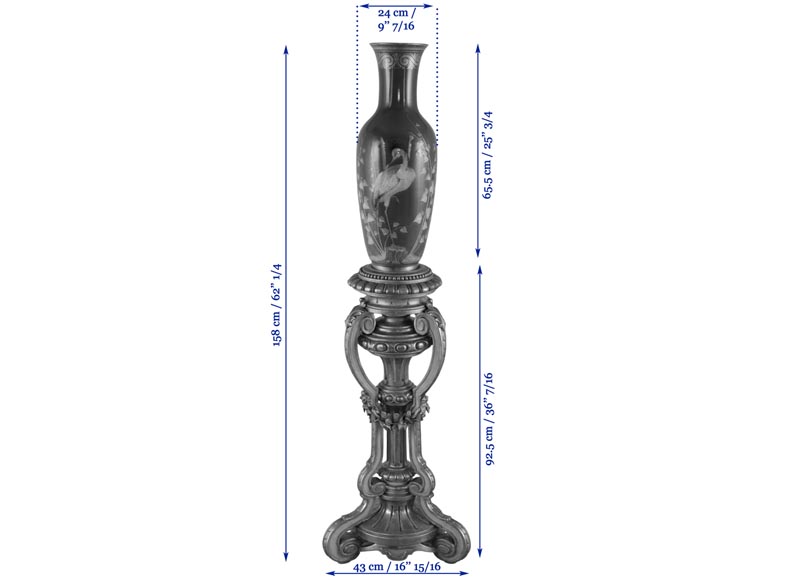 This important antique vase with an ibis on its golden wooden pedestal was made by the renowned French ceramist Albert Dammouse in 1873.There is the Manufacture de Sèvres’s seal. This vase is both emblematic of the period’s decorative arts and of Albert Dammouse’s works who was known for his dexterity in the material treatment as well as his qualities as decorator.

Albert Dammouse, whose father was sculptor at the Manufacture de Sèvres, joins the École nationale des Arts décoratifs in 1863 before study from 1868 Milès Solon’s lessons, also decorator at the Manufacture de Sèvres, at the School of Fine Arts. In 1871, he moved to his own workshop in the city of Sèvres, next to the Manufacture, until his death in 1926. Albert Dammouse is interested in all the ceramics, but his porcelains have made first his reputation. In 1874, at the Union centrale des Arts Décoratifs, he exhibits porcelains and gets the gold medal. He won then a gold medal at the third Paris World’s Fair in 1878 and built ovens and workshops in Sèvres in order to produce more works.
Although Dammouse has his own workshop some of his works, such as our vase, are the result of collaboration between Dammouse and the Manufacture de Sèvres. This is the model "elongated ovoid porcelaine vase" invented by Jules Peyre and used by many artists with sometimes some variations such as this Chinese Vase No. 1 entitled "Pécher", made around 1860 and decorated by Marc Emmanuel Louis Solon. Renowned throughout Europe, the Sèvres factory, where this vase was decorated, remains at the end of the century renowed for its technical and artistic savoir-faire even if industrialisation was growing.Notably, thanks to the discovery, in 1768, of the first kaolin field in France by Pierre-Joseph Macquer and Robert Millot, two researchers at the Manufacture de Sèvres, hard-paste porcelain (made up of nearly 75% of kaolin), whose manufacturing secret was kept by Saxony, is finally developed in France. With this discovery, the Manufacture de Sèvres is developing, particularly from the beginning of the 19th century. The productions are characterized by their modernity and the diversity of styles.
While the pedestal is representative of the 19th century richness of ornamentation and eclectic revival of historic styles, the vase is characterized by a certain lightness and purity, aesthetic appeared with Japonism. Nature is one of the favorite themes of Japanese art, and the vase is decorated with an ibis and a shrub around wich birds are flying. Indeed, Japonism, which inspires Europeans arts in the second half of the century, is one of the principal inspiration in Dammouse’s works. With the various exchanges that took place between France and Japan from 1858, the year of the signing of a commercial treaty, and the contribution of the World's Fairs, true international encounters, the West discovers the Japanese art that provides to the artists some new patterns and a new and refine aesthetic. In 1873, year of the creation of this vase, takes place the first Japanese exhibition in Paris. The art dealer Siegfried Bing opens the store "Art Nouveau", rue de Provence, around 1872 and where Dammouse will be exposed. Later, Albert Dammouse, who was inspired especially by flora, will be one of the first, concerning ceramic, to create Art Nouveau style works of art .
This vase, with its decorative and sophisticated look, belongs to the trends of its time. In the same vein, Ferdinand Mérigot is at the origin of the Japanese decoration that adorns this pair of vases made in 1868 and whose model is also Chinese Vase No. 1, variant of our form.
The pedestal in golden wood, inspired by Napoléon III style, is ornated with rococo bows and acanthus leaves. This very elaborate pedestal was specially created to highlight the porcelain. The vase does not have a bottom: the bottom is pierced, and thanks to a system it is possible to fit the vase to the base. Thus deprived of any practical function but destined primarily to the decor, it seems certain that this vase participated in an exhibition.

Although Dammouse was one of the artistes of the great trends of his time, Roger Marx, in his Paris World's Fair’s report in 1900, wrote with relevance : « no material that he treated with a sovereign skill, no trend that made him lose the notion of composed decor », qualities by which he was renowed. « Dammouse is a skilled ceramist, but is above all an artist », wrote the critic Georges Vogt in his Paris World's Fair’s report in 1900. 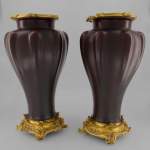 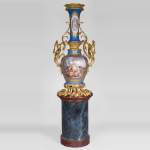 favorite_border New
Napoleon III monumental vase in Porcelain of Paris with the Triumph of Venus mounted in gilt bronze with espagnolettes (ref.10637) 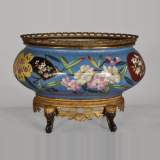 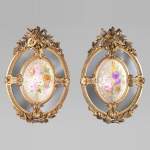 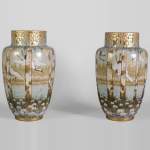 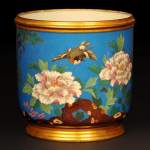 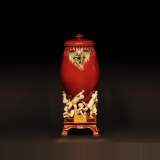