(0 Objects)
chevron_left Back
< BACK Home Architectural Exterior Statues VAL D’OSNE FOUNDRY, Cast iron statues of the goddess Ceres and of the nymph Pomona, after Mathurin MOREAU 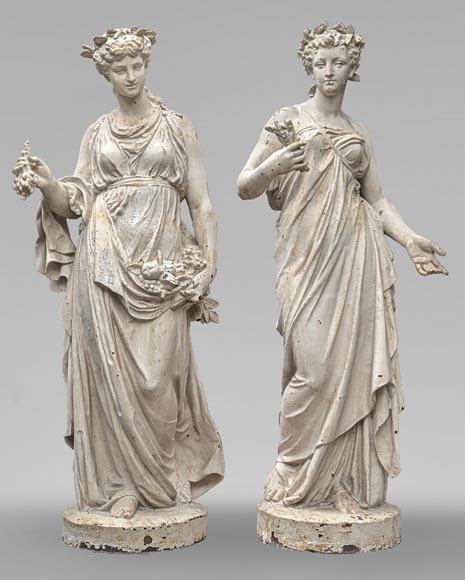 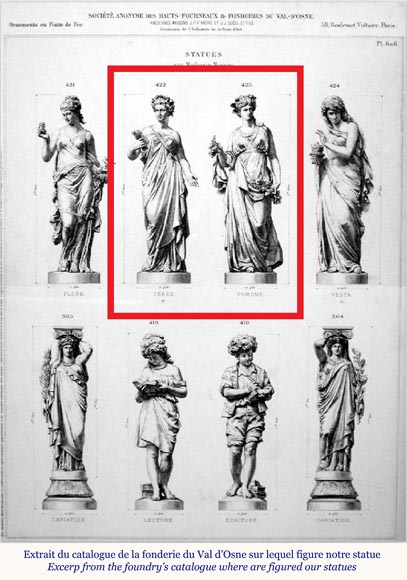 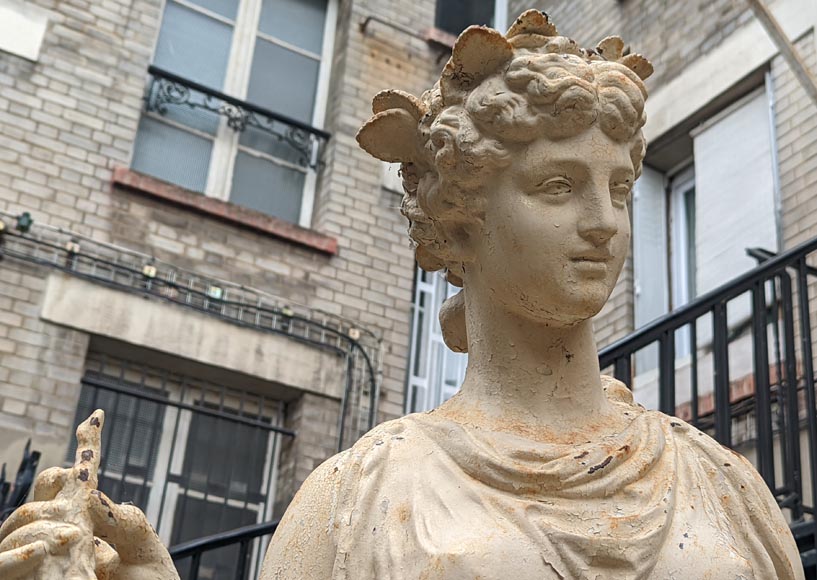 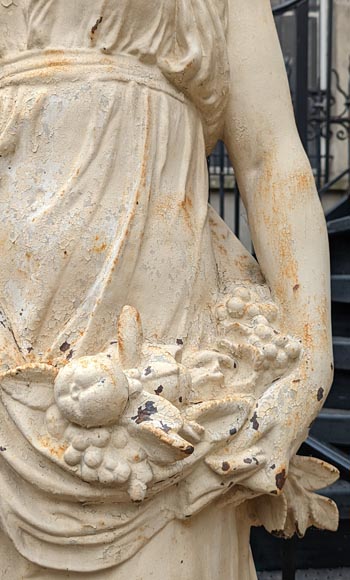 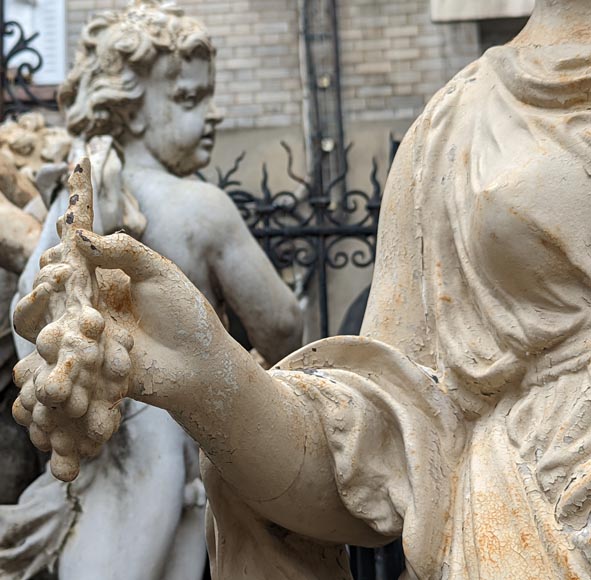 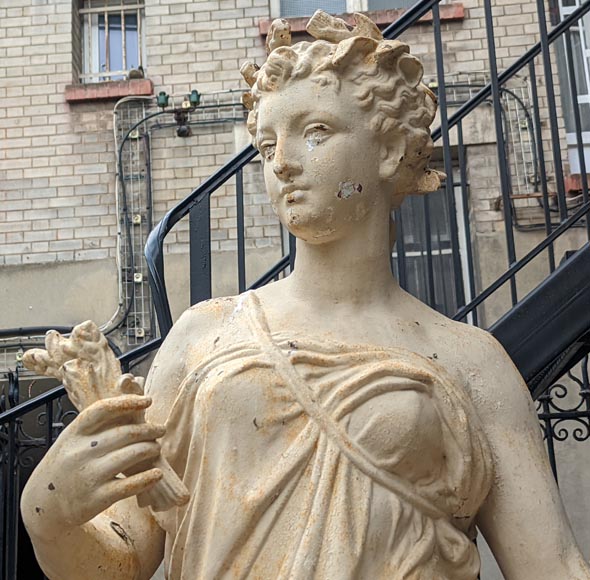 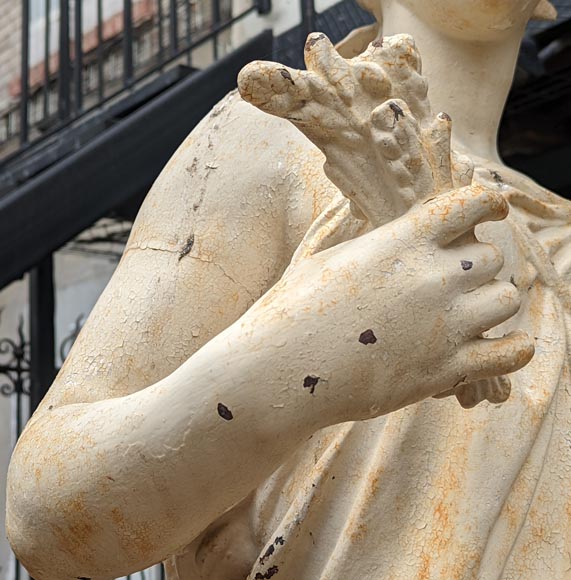 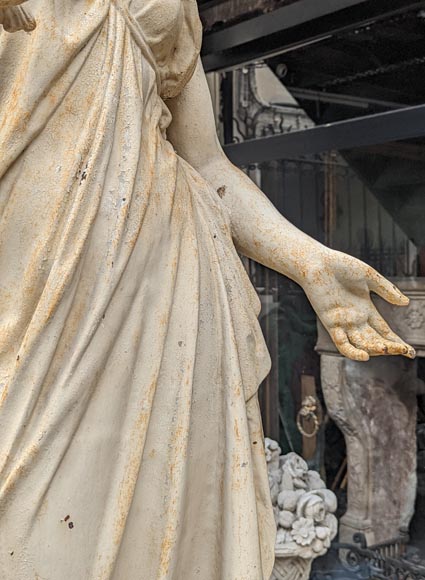 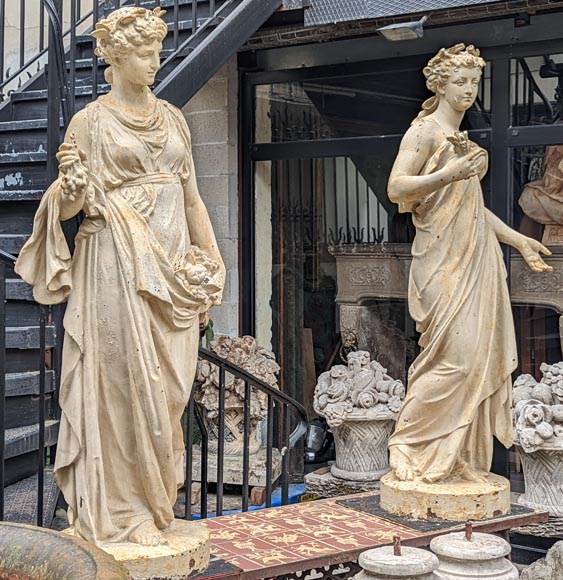 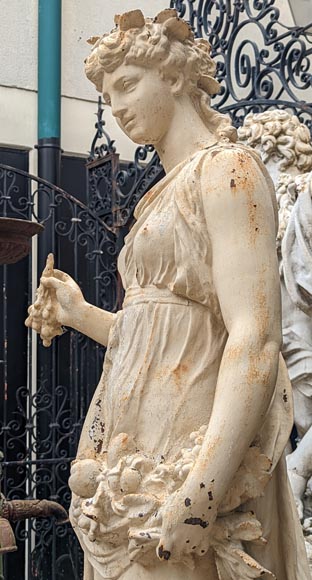 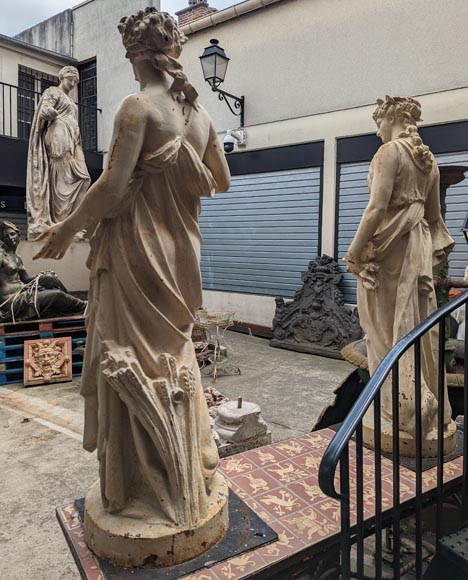 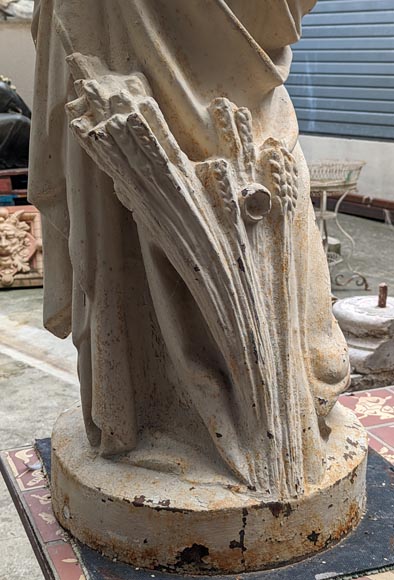 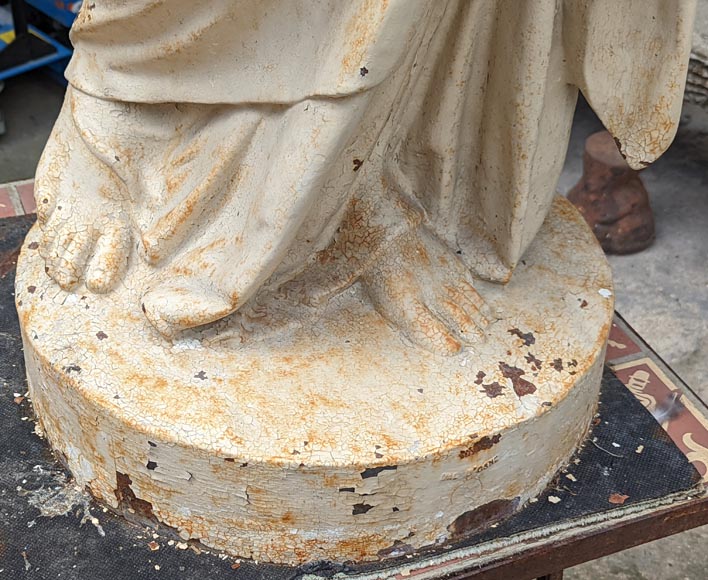 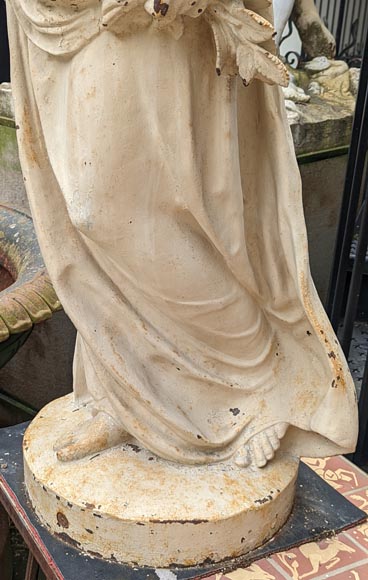 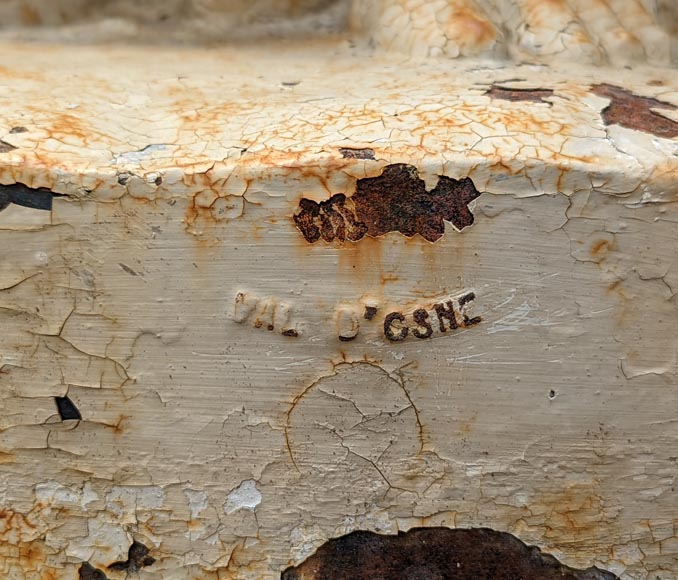 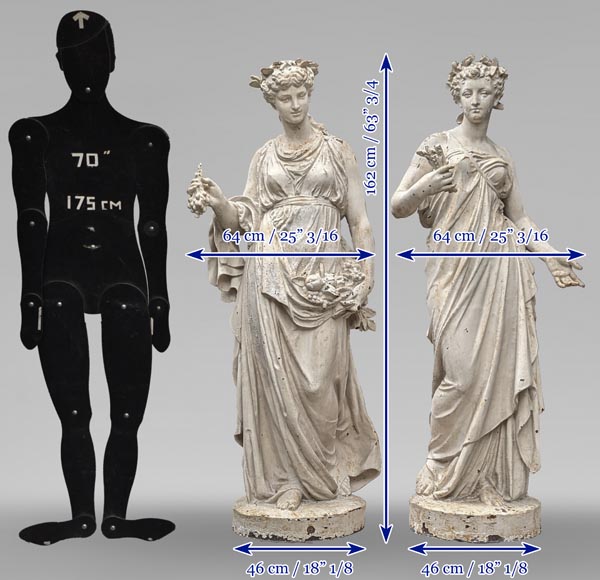 VAL D’OSNE FOUNDRY, Cast iron statues of the goddess Ceres and of the nymph Pomona, after Mathurin MOREAU

These two cast iron statues depicting the Roman goddess Ceres and the nymph Pomona are the works of the sculptor Mathurin Moreau (1822-1912) for the Val d’Osne foundry.

This artistic foundry was founded in 1835 by Jean Pierre Victor André, inventor of the ornamental cast irons. The foundry, with its workshops settled in the Val d’Osne (in the French department of the Haute-Marne), was first created in order to produce urban furniture and decorative cast irons, but quickly became France’s greatest artistic foundry under the name of « Fonderie d’art du Val d’Osne ». Hippolyte André (1826-1891) was appointed at the firm’s head at the death of his uncle. The growing firm absorbed then several competitive establishments, like Barbezat or Ducel.

Mathurin Moreau comes from a family of sculptors : his father Jean-Baptiste, as well as his two brothers, Hippolyte and Auguste, were sculptors too. He was 21 years old when he received the second Prix de Rome, in 1842. He began displaying his work in the Salon in 1848, and was immediately noticed. During the 1855 World’s Fair he displayed with success a great fountain, which seduced the city of Bordeaux, and brought him to the top of the decorative arts stage. He won numerous awards during his career, in particular at the 1859, 1861 and 1863 Salons, and to the 1867, 1878 and 1889 World’s Fairs.
Starting 1849 and for three decades, he collaborated with the Val d’Osne foundry, for which he made remarkable models for fountains, candelabras, or even garden statues like ours. His models decorate the public space of France but also Geneva, Liverpool or even Buenos Aires and Peruvian cities.

We learn that our statues, presented on the foundry’s catalog, depict Ceres, goddess for harvests, agriculture and fertility, and Pomona, nymph and divinity of fruits. Both are wearing an antique tunic, falling down their bodies, underlining their breasts, with the drapery following their leg’s movements. According to the mythology, Ceres, the one holding a wheat sheaf, is supposed to be the origin for the four seasons, putting the ground’s fertility on hold during the four months when her daughter Proserpina is meant to be in the underworld next to her husband Pluto. Meanwhile, Pomona is the divinity of fruits : following the mythology, she did not like wilderness but preferred instead a well-nurtured garden. The artist represented her offering grapes with her right hand, and holding her tunic’s drapery, filled with fruits, with her other hand. Creating these two cast iron statues, the artist celebrates generosity and nature’s beauty following the neoclassical ideals of his times. 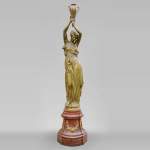 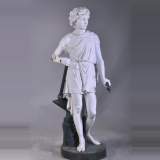 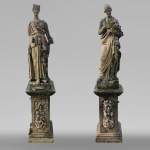 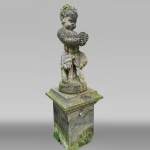 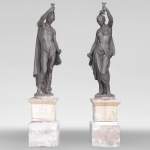 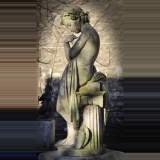 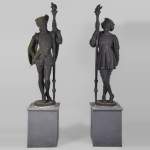 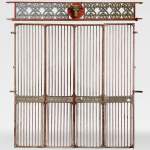 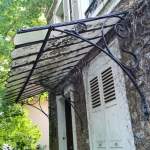 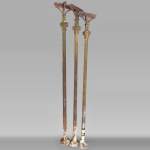 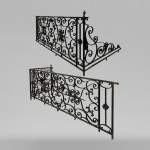 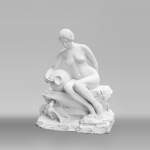