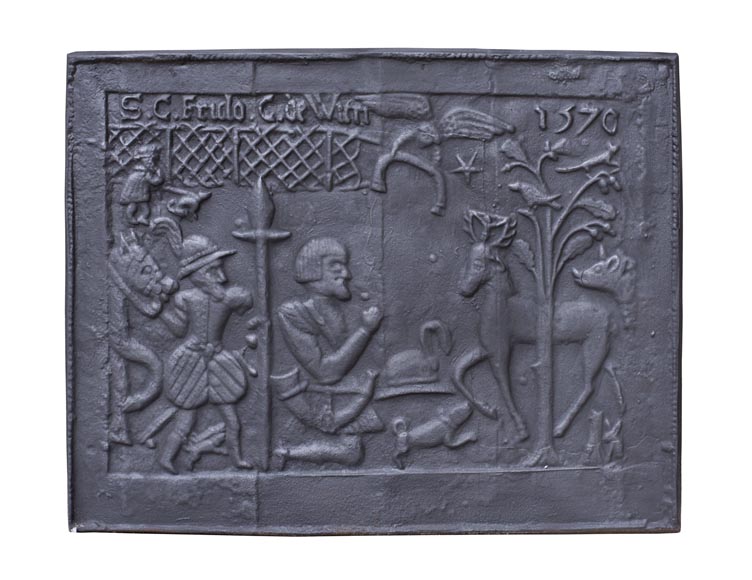 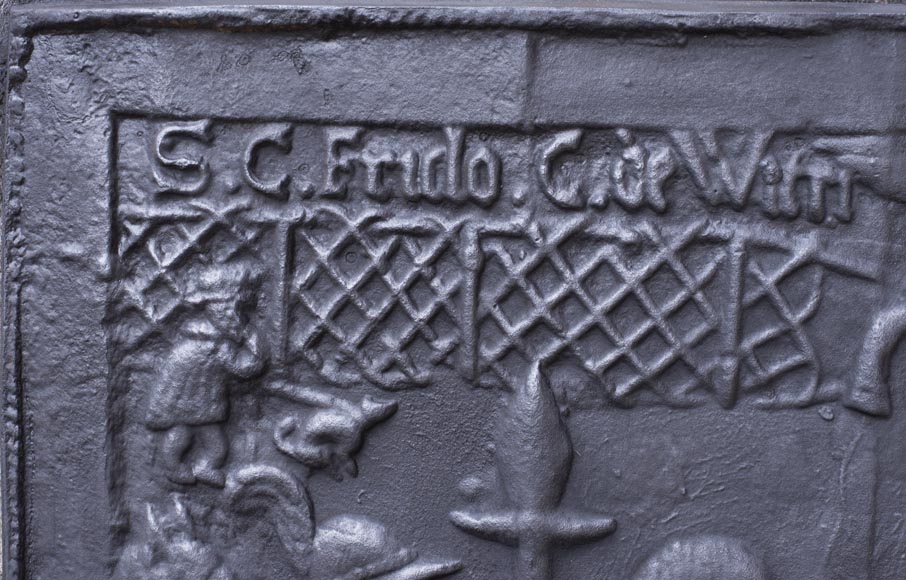 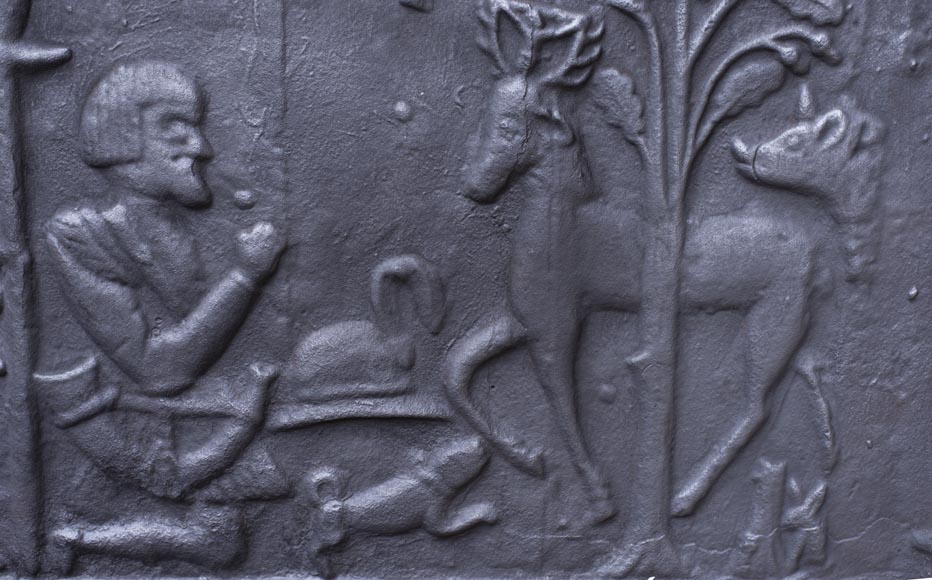 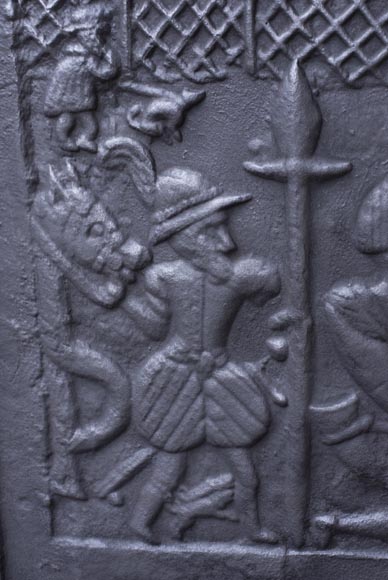 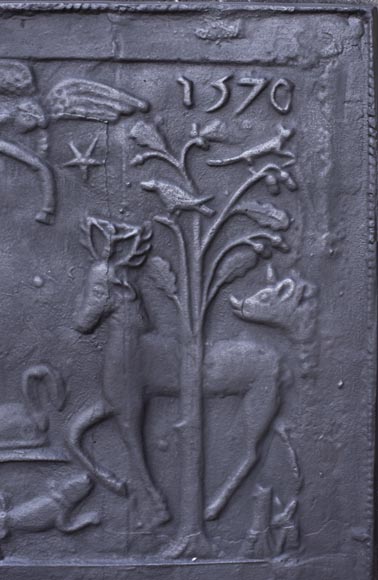 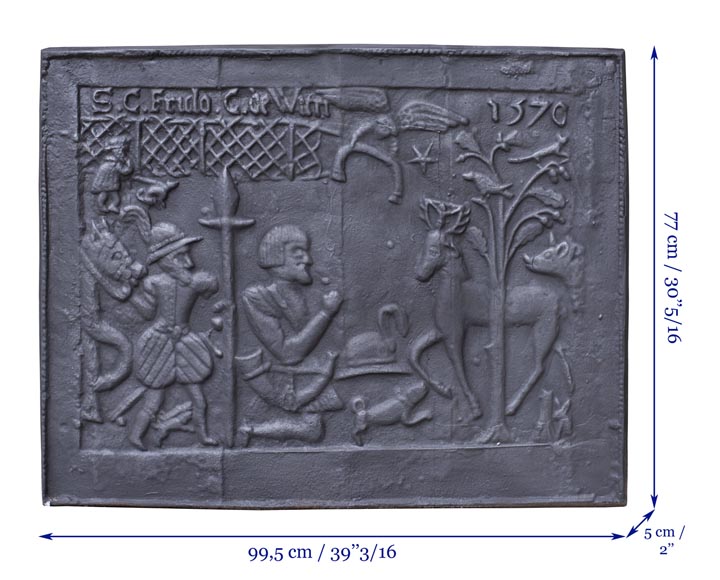 This modern cast iron fireback was made in the 20th century, based on a model known from the 16th century. It represents the Conversion of Saint Hubert, the Apostle of the Ardennes, born about 656.

In his book "Chronic History of the Abbey and the City of Saint-Hubert-en-Ardennes", Mouzon writes:" A day of celebration, Good Friday to what is believed, being hunting in the forest of the Ardennes, he suddenly saw a beautiful stag turned towards him, which his dogs had just thrown, and which bore the image of Christ between its antlers ; at the same time, he heard a voice say to him, "Hubert, Hubert, how long will you pursue the beasts of the forest, how long will this vain passion make you forget your salvation?" Struck by this wonder like a thunderbolt, he gets off his horse, prostrates himself before the stag and exclaims: "Lord, what do you want me to do, I am ready to obey." "Go," replied the divine voice, "go to Maestricht to Saint Lambert, who will instruct you of my wishes," and the deer disappears. Hubert left the palace of Juville and went to Maestricht, where Saint Lambert instructed him of the truths of religion. Soon afterwards he went to the monastery of Stavelot, where he did not go out until seven years later, to accomplish the pilgrimage to Rome, which an angel had suggested to him. During his stay in the capital of the Christian world, an angel announced to Pope Sergius I the martyrdom of Saint Lambert, whom he gave him the crozier, and ordered him to consecrate in his place his disciple Saint Hubert, who was at that moment kneeling on the tomb of the prince of the apostles. The pope obeyed, recognized Hubert among the crowd of pilgrims, announced to him the intentions of God and sacrificed him bishop. It was during this ceremony that an angel brought to Saint Hubert this famous stole which is today in the church of Saint-Hubert ".
In the upper part of the plate, it is this angel whom one sees while tending the miraculous stole, protector and healer of the rabies, to Saint Hubert. 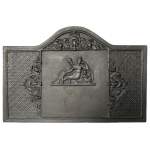 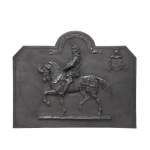 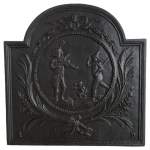 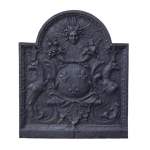 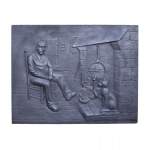 favorite_border New
Modern fireback with a personage and his cat warming up by the fireplace (ref.11682) 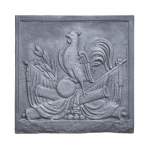 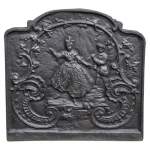 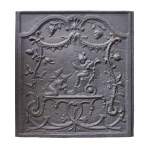 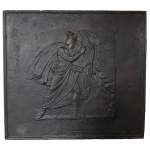 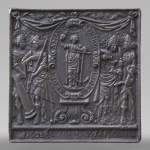 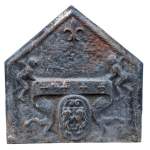