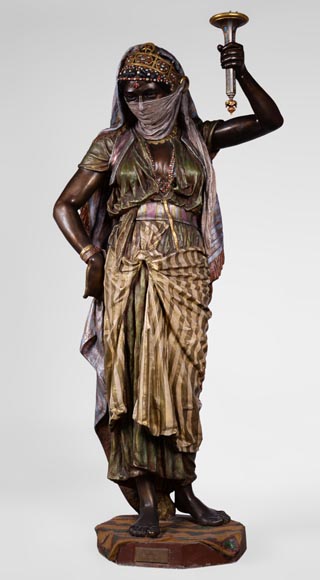 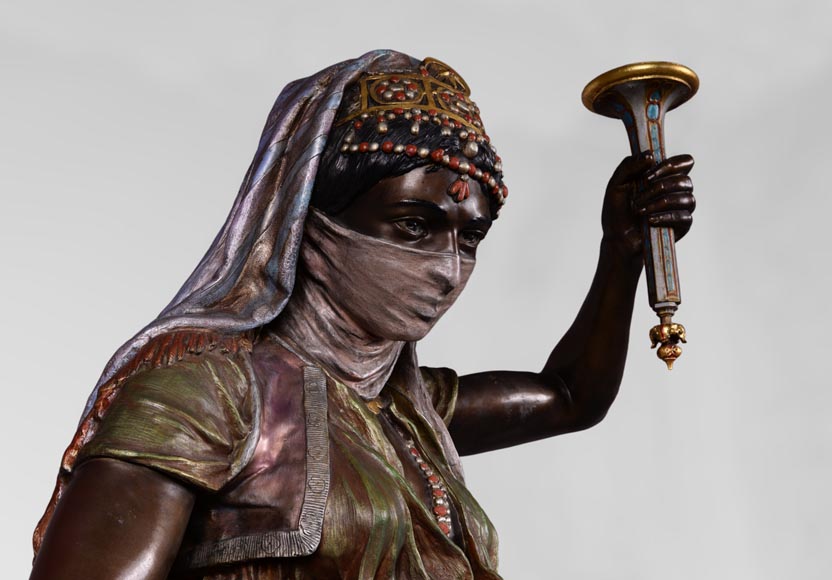 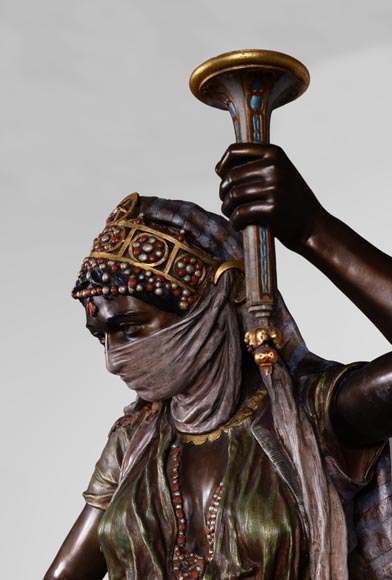 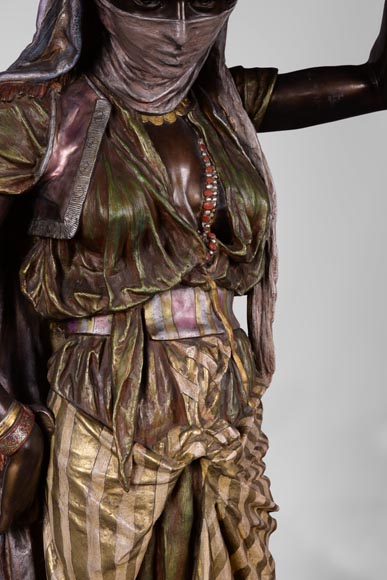 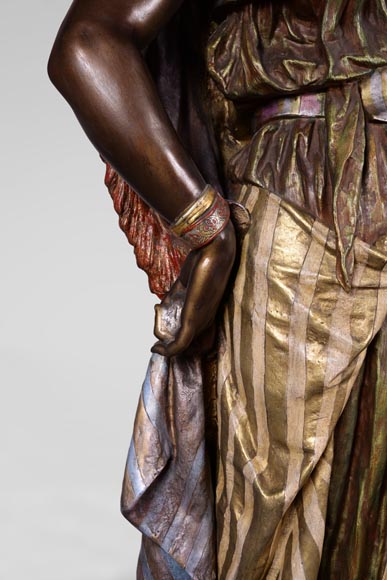 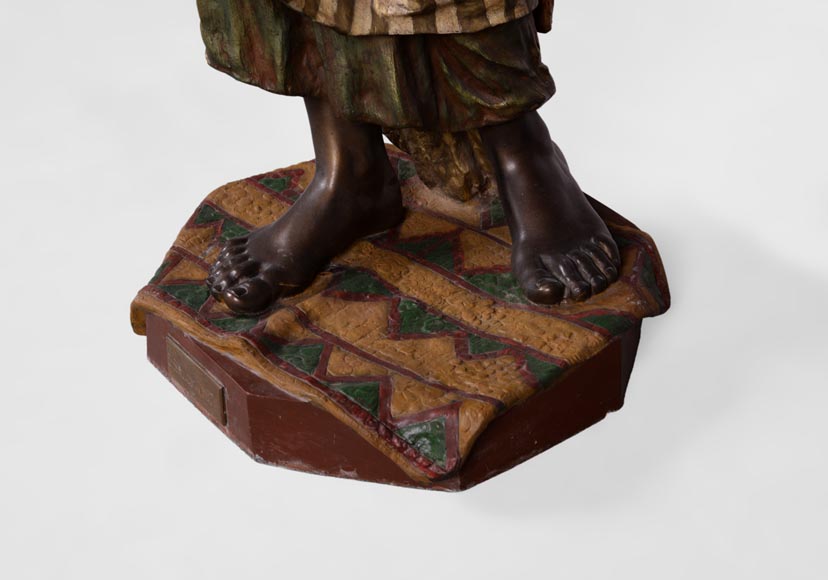 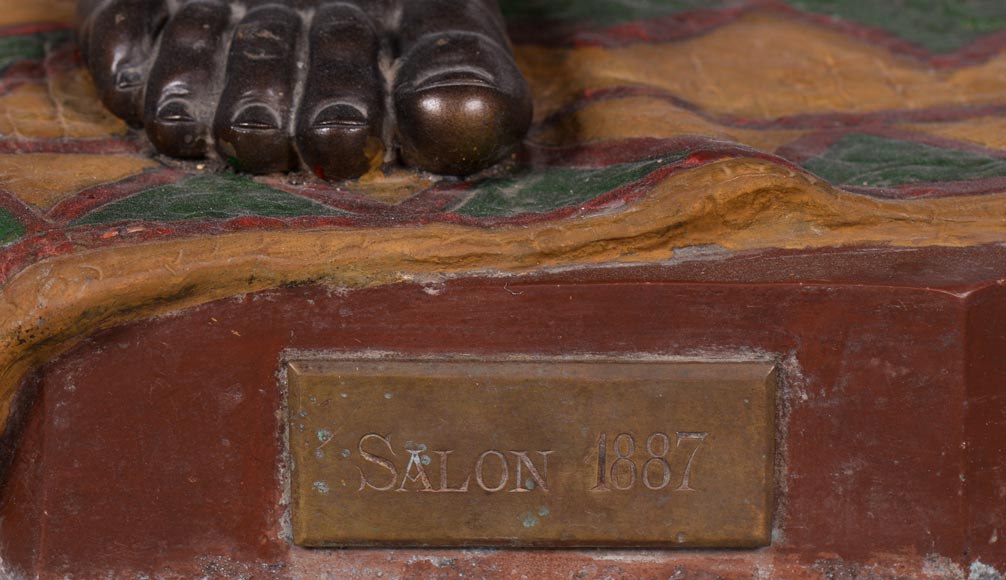 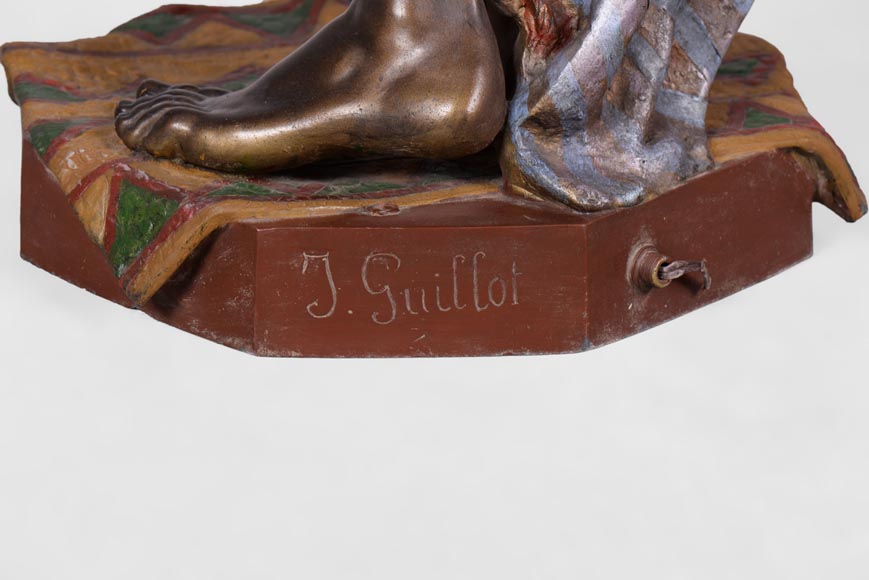 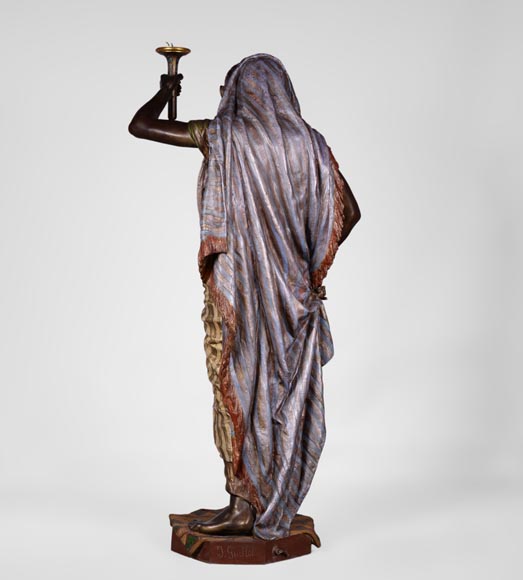 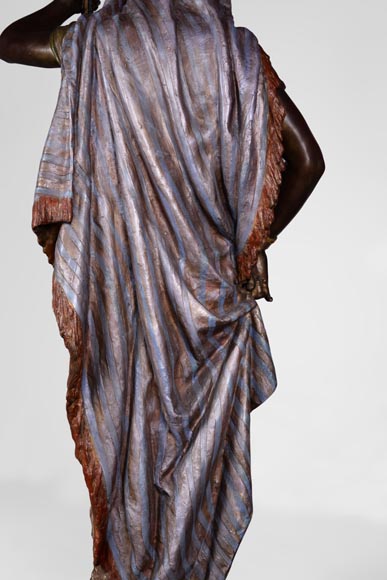 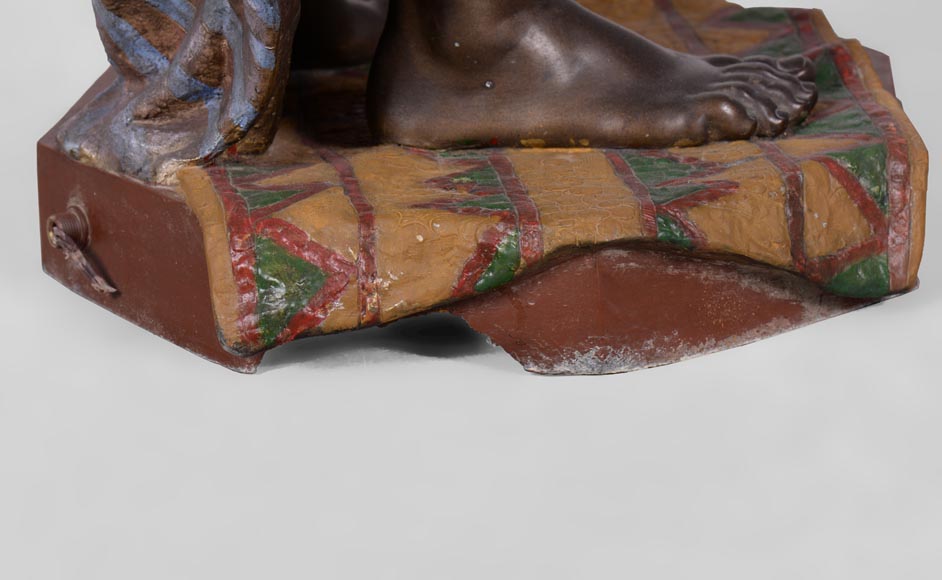 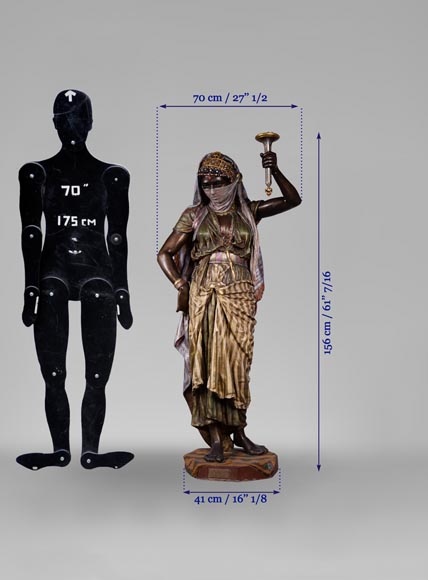 Status:
Aged patina. Lack on the base (see pictures)

Anatole J. Guillot (1865-1911), french sculptor of the second half of the 19th century, exhibits at the Salon of French Artists of 1887, a Young Moorish woman (n°4063), plaster bust, of which here is an edition forming a figural torchère.
The Young oriental, in polychrome spelter, is representing a young oriental woman veiled , holding in her left hand a torch. It is signed on the back of the terrace J. GUILLOT, and, on the front, a plate bears the mention « Salon de 1887 ».
Anatole Jean Guillot (1865 – 1911) is a french sculptor and ceramist of the 19th century. Admitted to the National School of Fine Arts of Paris, he becomes the pupil of the sculptors Alexandre Falguière, 1st Grand Prix of Rome in 1859, and Jean Gautherin. He exhibited at the Salon from 1887 to 1911. This Young oriental is therefore a work of early carreer.
Anatole J. Guillot, has endeavored to render the physiognomy as much as the costume of his model in all their particularism and details. He has shown great skill in handling details (hairstyle, drapery, accessory), the delicacy of facial features and this, especially thanks to the work of polychromy.
By its subject, a young Moorish woman, this sculpture belongs to the Orientalist movement.
Initiated in the late 18th century, the expansion of the orientalist movement in the 19th century is linked to the historical and political context, and in particular the upheavals experienced by the Orient throughout the century, with the expansion of European colonialism and the slow collapse of the Ottoman Empire. The term " Orientalism " designating both the scientific interest for the East and the fascination exercised by this land on the Western countries, was expressed in a literary and artistic movement (painting, sculpture, decorative arts).
Like other contemporary sculptors such as Eugène Léon L’Hoëst (1874-1937), Louis Hottot (1834-1905), or Henri-Joseph-Charles Cordier (1827-1905), Anatole J. Guillot strives to depict the Orient, though he has never been there. The artist has indeed made several sculptures with orientalist subjects. Among these favorite topics : Moorish soldiers, Kabyle hunters, Water carriers, Oriental product traders...
We can thus mention : a Young oriental woman with jug, a Kabyle fighter, or an Arab standing up. However, Anatole J. Guillot can not be entirely considered as an " Orientalist sculptor " because he has not devoted his entire career to the representation of Oriental subjects.
With its remarkable finesse of execution as well as the richness and quality of its polychrome decoration, this superb sculpture is characteristic of the orientalist works of art realized by Anatole J. Guillot. 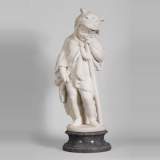 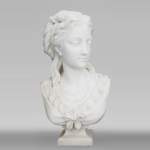 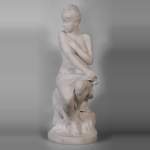 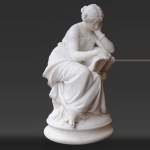 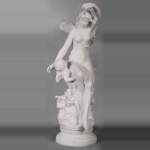 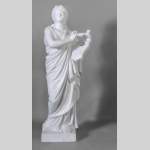 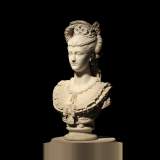 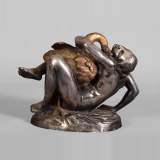