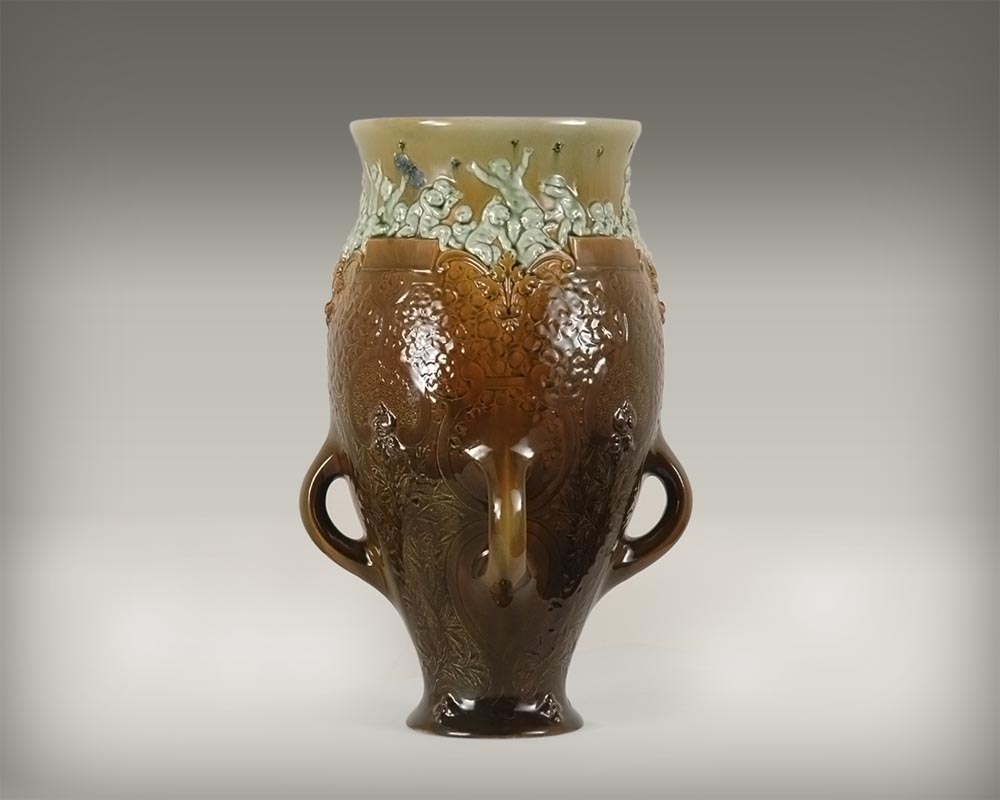 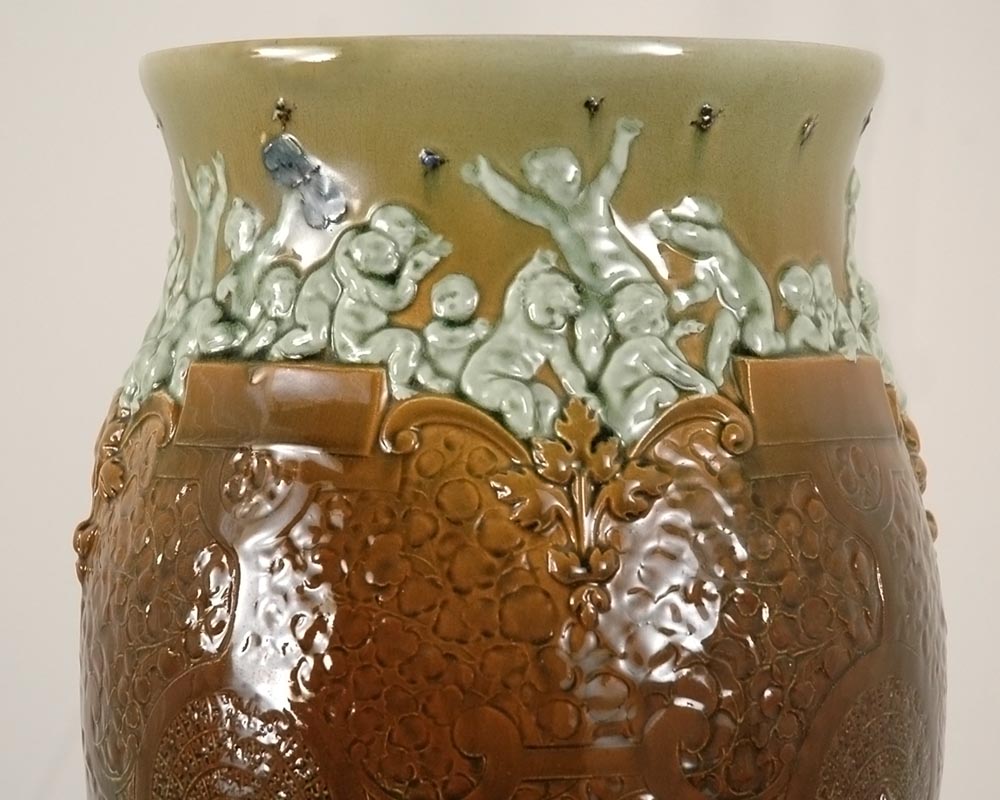 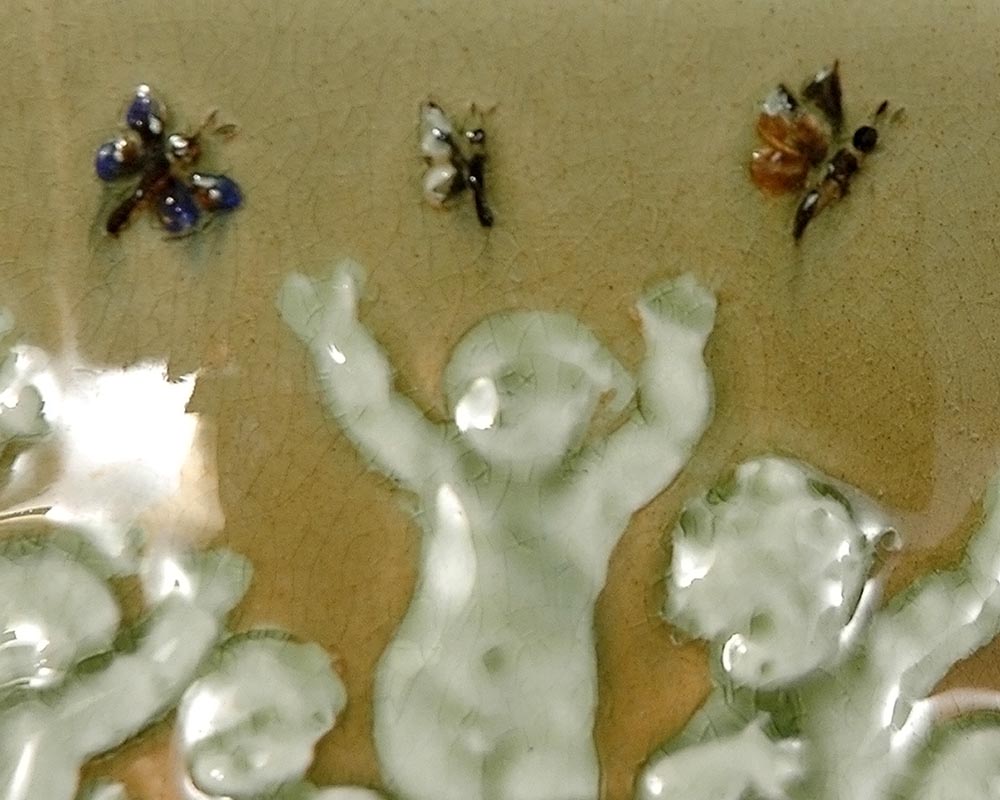 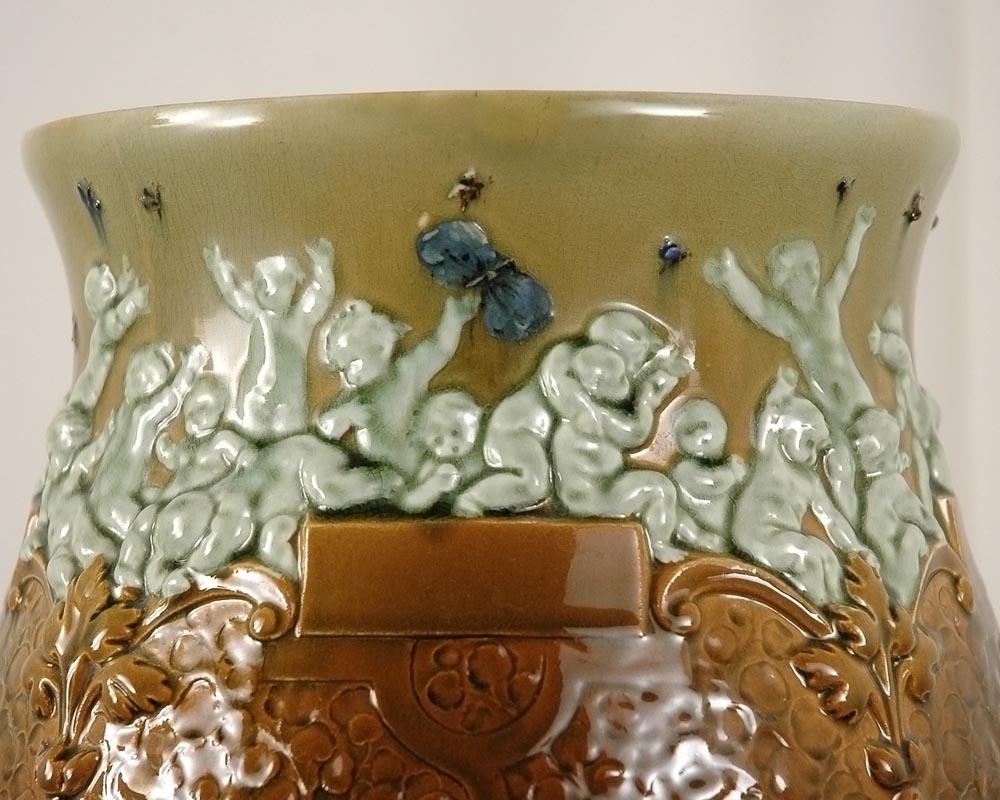 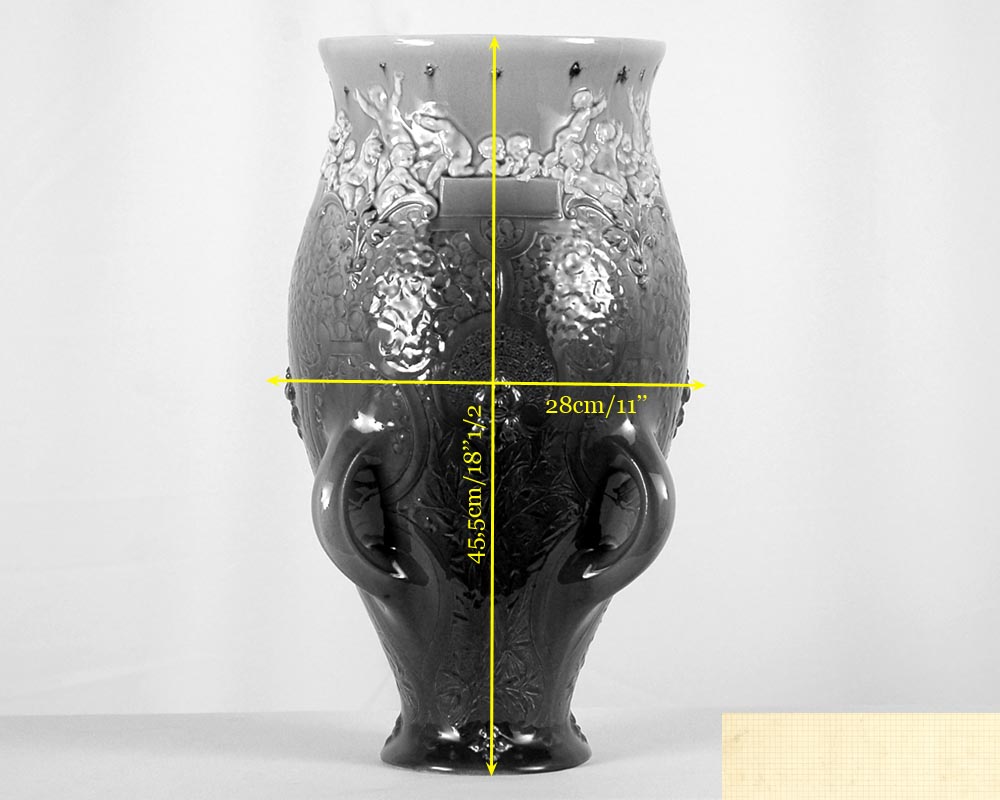 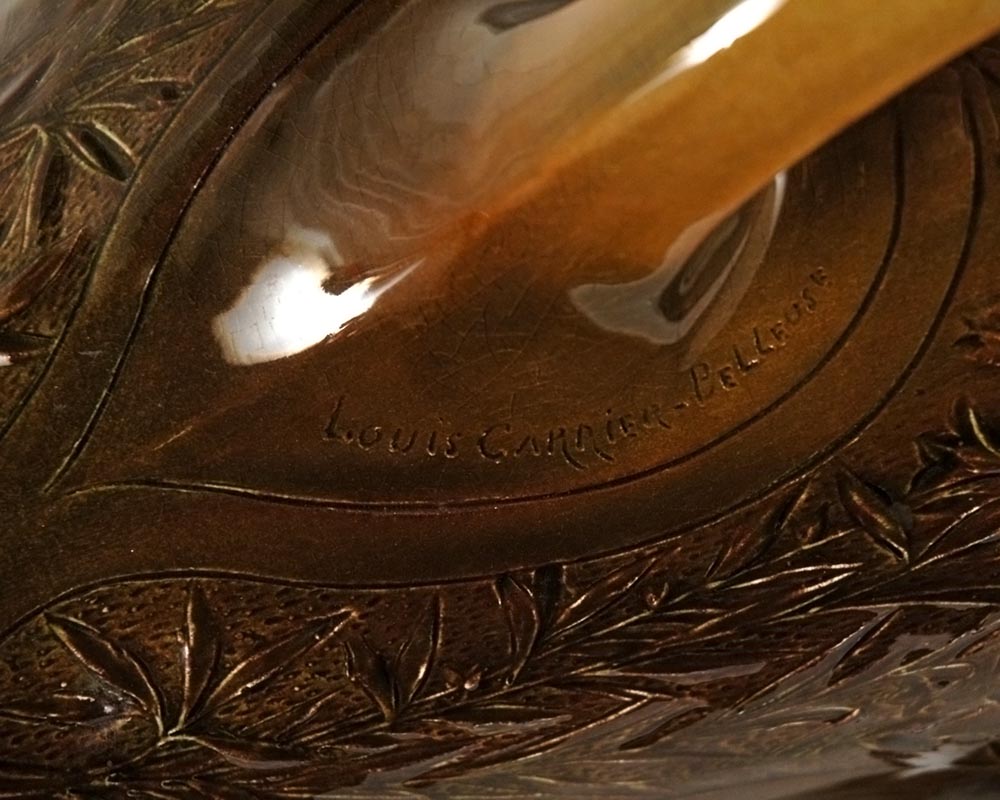 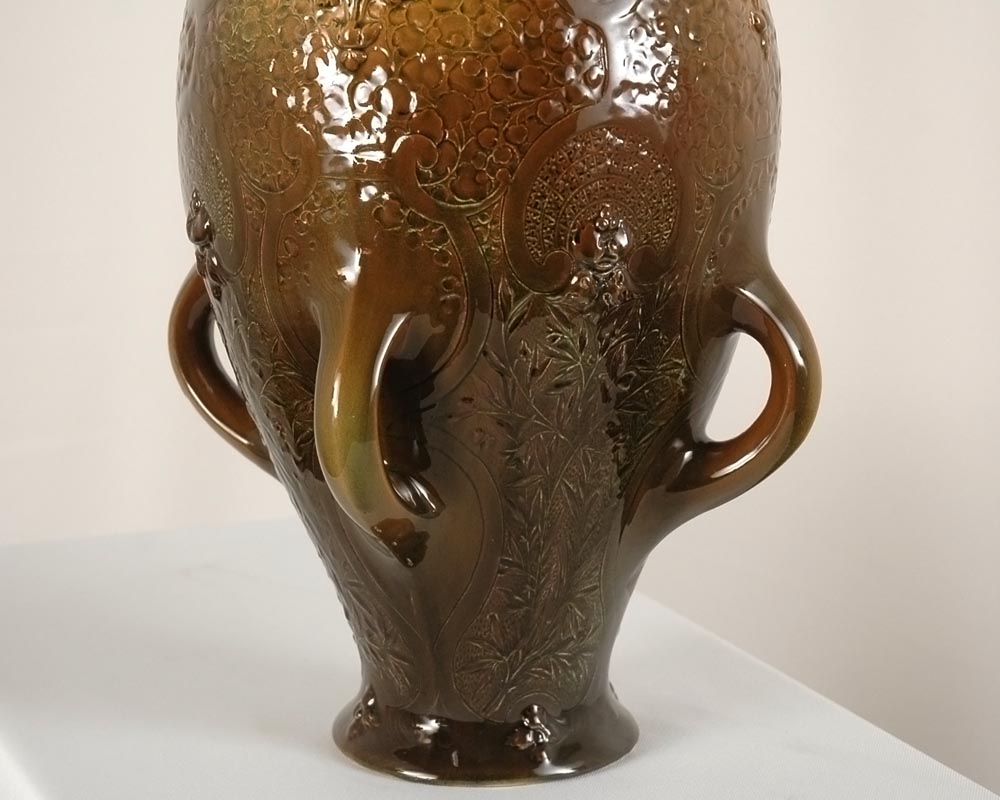 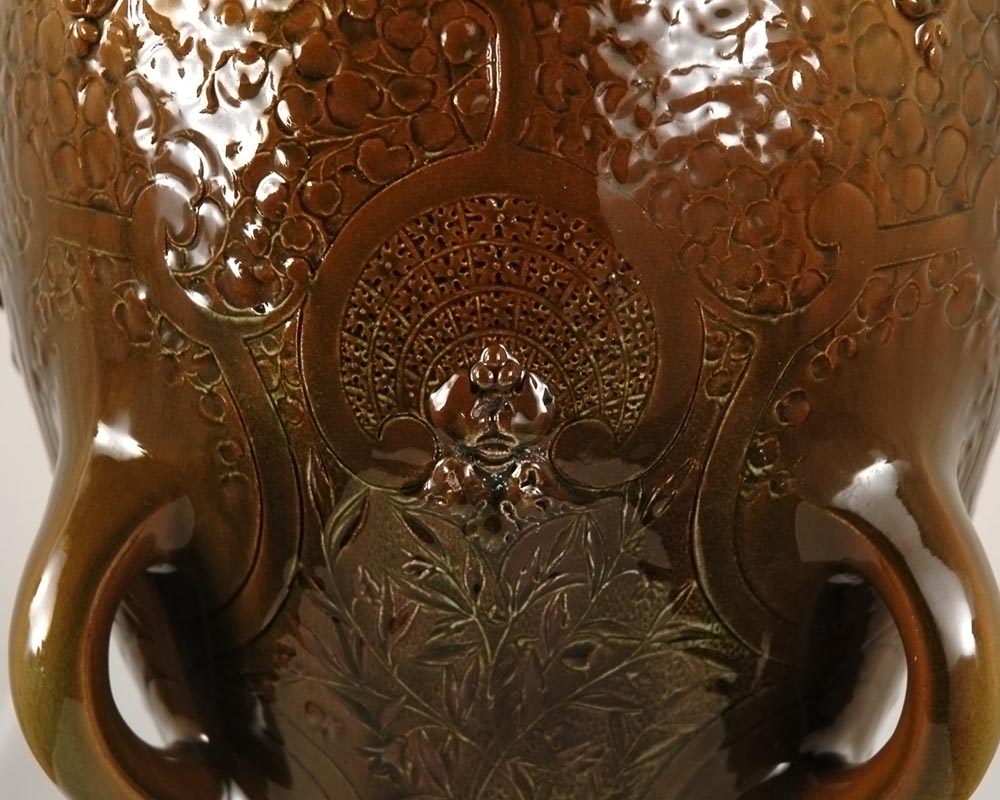 Stoneware model presented at the Exposition of the National Society of Fine-Arts in 1898, under the number 4060, with three other vases: Run for your lives! Hercules and Omphale and Music. Reproduced in Antique and Modern Decoration, 7th year, 1900, drawing 66.

This vase has a slender form that contrasts the four handles. The body is completely decorated with floral or purely decorative elements while the characters are restricted to the neck level. A
frieze of cherubs chasing butterflies develops along the neck, in a round frenzy. A brown tint covers the entire piece but fades in the upper part, thus becoming more yellow. This vase displays a decor that combines different techniques. The body of the vase is decorated with a floral decor which mixes elements in relief and engraved elements. The frieze of children is produced in clay on clay. This process, perfected at the Factory of Sevres around 1848 was frequently used by sculptors, which Louis Carrier-Belleuse was. It consists of applying generally white motifs on a colored background. However, the totality of the piece has been enameled which contributes to giving light green reflections to the bodies of the children. This original vase mixes two inspirations: the frieze of cherubs resembles the production of the Second Empire while the body of the vase displays plant elements indicating Art Nouveau.


In the Exposition of the National Society of Fine-Arts in 1898, this vase appeared for the first time in stoneware, accompanied by three other vases: Hercules and Omphale, Run for your lives! and Music. These four vases are presented under the same number (no. 4060) and in the same display window. Three of the four vases, including Children and Butterflies, were reproduced, in 1900, in the review of Antique and Modern Decoration. Children and Butterflies was acquired in 2003 by Musee du Petit Palais, in Paris, and it is one of the rare examples of a vase by this artist conserved in a public French collection. The same year,  he exhibited a fifth vase under the number 4059, entitled Farming. The vase that we present, produced in stoneware, is not the one presented at the Exposition in 1898. However, its reproduction, by the pottery in Choisy-Le-Roi proves the popularity of this model and its creator.

Son of the sculptor Albert-Ernest Carrier-Belleuse (1824 - 1887) of whom he was a student, Louis Carrier-Belleuse followed the teachings of Gustave Boulanger and Alexandre Cabanel at the school for Fine Arts. He began as a painter in the Exposition of 1870 and exhibited sculptures after 1889. He was interested very early in industrial arts: for some years, he worked beside his father at the Factory of Sevres, which he was the artistic director of since 1875. In 1877 he acquired alongside Theodore Deck a first work experience in ceramics and participated in the competition of Sevres in 1882 by sending a gardener project. Afterwards, he became director of art works of the pottery of Choisy-le-Roi, where he produced numerous models. He obtained a medal in 1896, in the section of applique art, year where he presented the two plaster vases. He exhibited for the last time in 1912. As the artistic director of the pottery of Choisy-le-Roi, he created numerous models, which this vase was a part of. Founded in 1805 by MM. Valentin, Melchior and Nicolas Paillart in the little old castle of Choisy-le-Roi, the factory became the property of Valentin Paillart and Hippolyte Hautin in 1824. In 1836, with the departure of Valentin Paillart, the pottery became the property of Hippolyte Hautin and Louis Boulenger. From this date on, the pottery of Choisy-le-Roi would be a family business. In 1863, Hippolyte Boulenger succeeded his uncle Louis as head of the company. He remained the sole owner until 1878. It was under his direction that the factory experienced an considerable expansion. This same year, he decided to transform the factory into a joint-stock company: the “Societe Hte Boulenger and Co” was born. Hippolyte Boulenger would be the only manager up until his death in 1892. At this time, his son, Paul, took over the business. It was with him that Louis Carrier-Belleuse worked. 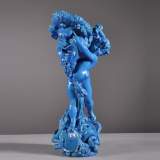 favorite_border New
Joseph Chéret (1838 - 1894) for the Manufactory of Sèvres "Putto with greek masks" Coin tray made in faience with a blue glaze (ref.15462) 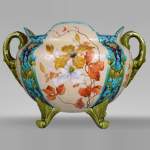 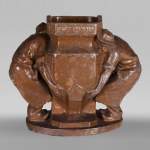 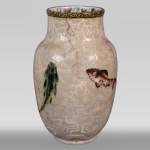 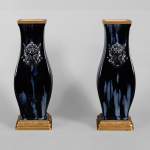 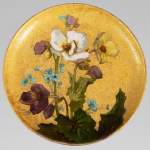 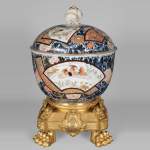